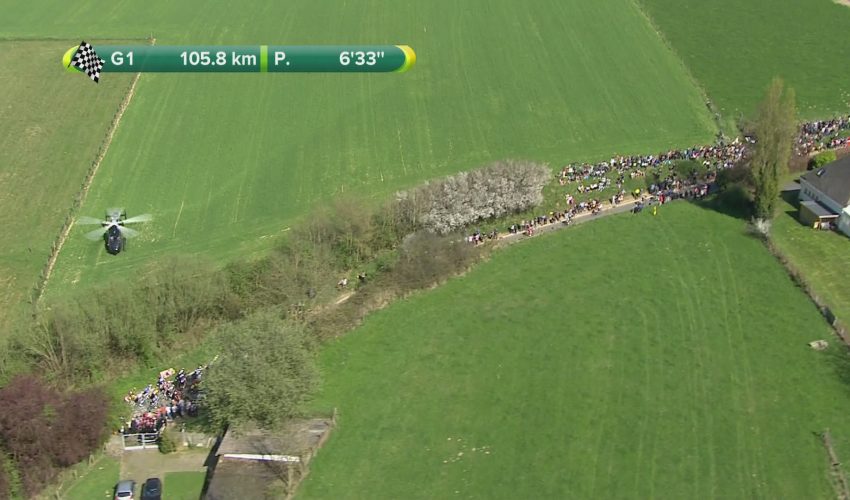 Most people who watch cycling on television do so for the love of the sport. The scenic views of nature as the competitors climb up hills and speed through valleys is just one of the perks of watching a race. But researchers from Ghent University took much more interest to those natural views than most cycling fans, as they used almost four decades of archive footage from the Tour of Flanders in Belgium to determine the impact of climate change on trees.

Their findings are published in the journal Methods of Ecology and Evolution, where they detail the process of dissecting footage from this annual cycling race in Belgium. The research team assessed video footage from 1981 to 2016, focusing on trees and shrubs growing around recognizable landmarks of the race’s route. They used the footage to visually estimate how many leaves and flowers were present on the day of the course – which is usually in early April – and compared their findings to known climate data.

The results showed that these trees along the race route had advanced the timing of leafing and flowering in response to recent temperature changes. Prior to 1990, very few leaves could be seen on trees during this spring race. But after that year, the researchers found that increasingly more trees were visible in the television while clearly in full leaf – particularly magnolia, hawthorn, hornbeam, and birch trees. These changes can be linked to the warmer average temperatures in the area, which are known to have increased by 1.5°C since 1980.

“Early-leafing trees can be good news for some species as they grow faster and produce more wood,” says Pieter De Frenne, a professor at Ghent University and lead author of the study. “However, their leaves also cast shadows. When trees flush earlier in the year, they shadow for a longer period of time, affecting other animals and plants, and even whole ecosystems.”

For their study, the researchers used previously unexploited records of twelve tree species in the Flanders region to build long-term datasets of phenological responses. Phenology is the study of natural phenomena that recur periodically – like the flowering and leafing of trees.

“Our method could also be used to collect data on other aspects important for ecological or evolutionary research, such as tree health, water levels in rivers and lakes, and the spread of invasive species,” says De Frenne. “Only by compiling data from the past will we be able to predict the future effects of climate change on species and ecosystems.”