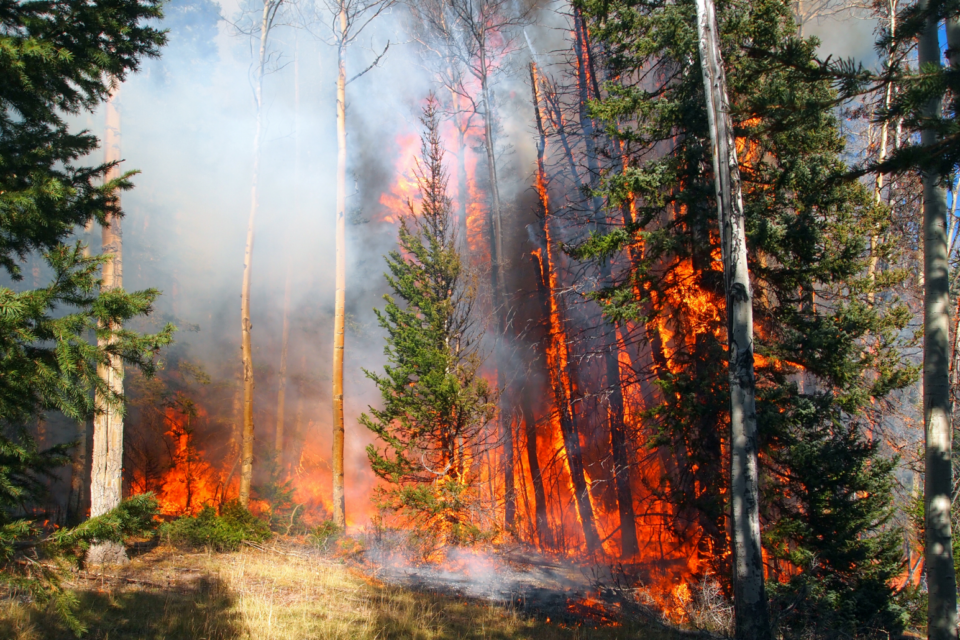 Wildfires have occurred more frequently around the world in the past few decades. In the United States, 10.3 million acres were burned by wildfires in 2020, amounting to the largest area burned in a single year since 1960. And scientists predict that the area burned annually by wildfires will increase by 76 to 152 percent by the end of this century.

The inhalation of smoke from wildfires is known to cause health and reproductive issues in humans, as well as affecting air quality, biodiversity, and land use, but the effects of this environmental hazard on dairy cows have not been investigated.

In the U.S., wildfires are particularly prevalent in the western states, which are also home to more than 2 million dairy cows that produce more than a quarter of the nation’s milk. New research has now examined how dairy cattle in the western U.S. may be affected by exposure to fine particulate matter that is formed from the incomplete combustion of carbon during wildfires. The study considered the delayed and persistent effects of exposure to this smoke on the immune, metabolic, and milk production systems of lactating Holstein cows.

The research team monitored 13 cows at the University of Idaho Dairy Center during the wildfire season between July and September 2020. The cows were housed in outside stalls and pens, and were thus exposed to the ambient air quality. The fine particulate matter (PM2.5), air temperature and relative humidity were measured at a nearby monitoring station. Based on these measurements, the researchers determined that the cows were exposed to seven days of continuously high levels of fine particulate matter from wildfires during mid-September. These PM2.5 levels were between 10 and 23 times the U.S. Environmental Protection Agency’s 24-hour average air quality limits.

Before, during and after this exposure, the daily milk yield of each cow was recorded, along with the chemical composition of the milk. Blood was taken from the jugular vein of each cow before, during, and after exposure, and assayed for hematology, blood chemistry, and blood metabolites.

Analysis of these results showed that each cow produced an average of between 1.20 and 1.55 kg less milk per day for every 100-μg/m3 increase in PM2.5 during the seven days of exposure, and the seven subsequent days. Milk composition was also affected by PM2.5 and the levels of temperature and humidity. Percentages of fat, milk protein and lactose were all lower during times of high particulate matter and high temperatures and humidity.

In addition, higher air temperature and humidity, combined with greater levels of fine particulate matter, altered protein and fat metabolism in the cows, and reduced immune cell populations in the cows’ blood. The balance of essential minerals in the blood was also altered under these conditions, possibly because they perspired or because of their individual physiological responses to stress.

The white blood cells in the cows’ blood were also negatively affected during and after exposure to air pollution due to wildfires. Cows and calves can suffer from respiratory problems, which are the leading cause of mortality in cases where death was not due to predators. Clearly, a reduction in the white blood cells (which are part of the immune system) may indicate an impaired immune response and, thus, increased vulnerability to respiratory infections.

This study is the first to investigate delayed and persistent effects of exposure to wildfire-derived PM2.5 on dairy cattle immune response and lactation performance, and highlights the potential implications for dairy cattle welfare, costs to farmers and the supply of dairy products to the U.S. population as wildfires increase in frequency against the backdrop of climate change.

The research is published in the Journal of Dairy Science.