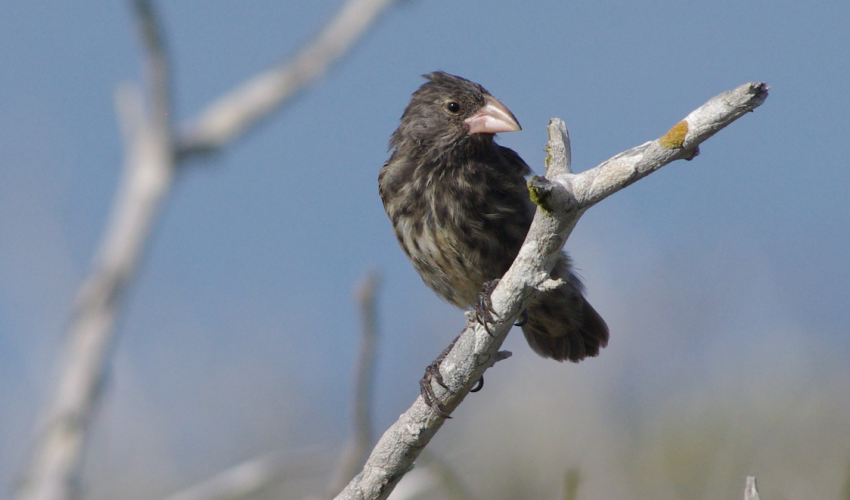 Where did Darwin's Finches first originate?

Charles Darwin, the father of evolution, came across a group of birds in the Galapagos Islands during an 1835 expedition that would help shape his theory of natural selection.

Darwin noticed that some birds, which he called finches, had different beak shapes compared to mainland finches. The Galapagos Finches’ beak shapes had evolved to complement the food they ate on the island.

Darwin’s Finches have become a textbook example of evolution and are still one of the most studied groups of birds today. However, it has always been unclear where the birds originated from.

A new study conducted by researchers from San Diego State University has discovered two equally likely hypotheses for where the subfamily of birds Coerebinae, which includes Darwin’s Finches, first came from.

The results were published in the journal The Auk: Ornithological Advances.

In order to the determine the ancestral biogeography of Coerebinae, the researchers used statistical software to model two different origin hypotheses.

The models divided the Galapagos, South America, and the Caribbean into subregions based in which areas had the same plants and animals. One model had eight subregions and the second had five.

This number dictated where the birds originated and the results differed between the two models.

With eight subregions, the model showed that Darwin’s Finches and their relatives originated in the Caribbean. The other model with five subregions showed that the South American mainland was the likely origin of the birds.

Both the Caribbean and the South American Mainland could potentially be the jumping off point for these birds before they made their way to the Galapagos.

“The results…were a bit surprising, because they suggested a dispersal pattern that was not necessarily the most ‘straightforward’ explanation for how these birds arrived in the Galápagos,” said Erik Funk, a co-author of the study. “I think one of the big take-away messages here is the possibility that biogeographic events, like dispersal, may not necessarily happen like logic tells us they should.”

No matter where they first originated from, the researchers say that the reason the birds were able to successfully colonize the Galapagos Islands is that the ancestors of Darwin’s Finches were predisposed to wander, thus encountering the Galapagos.

The finches’ ancestors shared similar genetic variation in bill size and shape, which made it easier to evolve based on the available food in the Galapagos.

“Darwin’s finches are such a highly studied group, and it is often taken for granted they arrived from mainland South America, but hopefully our results show readers that there is no more support for this hypothesis than there is for a Caribbean origin,” said Funk.