Deadly honey bee diseases are influenced by the weather • Earth.com 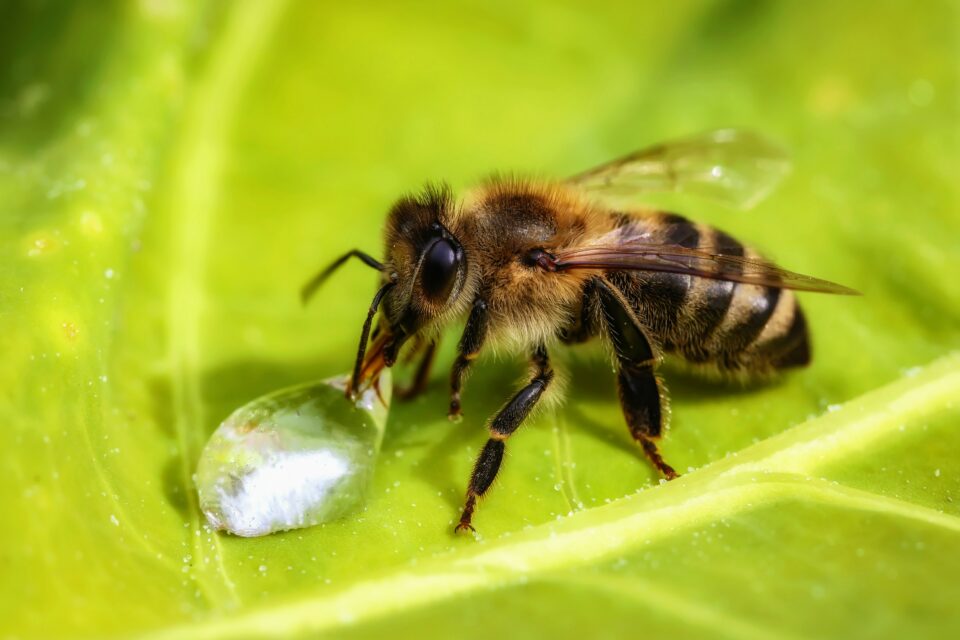 Deadly honey bee diseases are influenced by the weather

Honey bees worldwide have been hit hard by a number of diseases. New research published in the journal Scientific Reports, looks at how changing weather patterns in the UK may be impacting diseases in local honey bees.

The research shows that one of the most devastating diseases, caused by Varroa sp. mites, increases in prevalence as temperatures rise. Interestingly, the prevalence of infectious mites was found to decrease as rain and wind increased.

Ben Rowland is a PhD student in the School of Natural and Environmental Sciences at Newcastle University and the study’s lead researcher.

“Our analysis clearly shows that the risk of a colony contracting one of the diseases we examined is influenced by the weather conditions experienced by that colony,” said Rowland.

“Our work highlights some interesting contrasts; for example, rainfall can drive one disease to become more common whilst another will become rarer.”

The scientists collected data from over 300,000 honey bee colonies, as well as data on temperature, wind and rainfall. The analysis revealed that different diseases responded and interacted in different ways to different climatic factors.

The research also looked specifically at the impact of weather on disease outbreaks or “hot spots.” The southwest of England, for instance, is at greater risk of infection from Varroa sp. mites due to weather conditions.

An area including Powys, Shropshire, Herefordshire and Worcestershire is also at risk of an outbreak of the damaging disease European foulbrood, the research shows. This type of prediction will likely become more important as climate change continues to become worse.