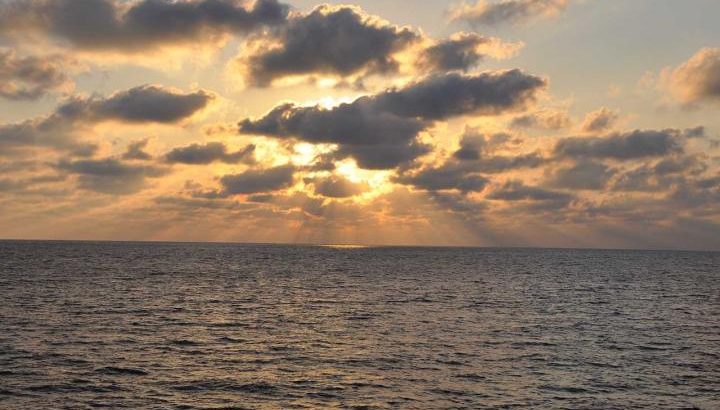 Things may be heating up a bit on the surface here on Earth, but in the deep Pacific Ocean, life is a lot cooler – if a little outdated.

The water in the deepest parts of the Pacific are still recovering from the Little Ice Age, a period of cooling in the 17th century that followed the Medieval Warm Period, according to a new study published in the journal Science.

A team of researchers from Harvard University and the Woods Hole Oceanographic Institution teamed up to create a model of how the climate affects the deep Pacific. What they found was surprising.

“These waters are so old and haven’t been near the surface in so long, they still ‘remember’ what was going on hundreds of years ago when Europe experienced some of its coldest winters in history,” said Dr. Jake Gebbie, the WHOI oceanographer who led the study.

The Little Ice Age was a cooling period that lasted from the 1500s to the 1800s at various points on the globe. The timing differs depending on region, but led to widespread disasters in some areas, such as the disappearance of Norse colonies in Greenland and the agricultural failures and starvation across Europe. Those disasters, in turn, may have triggered hardships from warfare to witch trials.

The decades of historical, scientific and statistical research on the Little Ice Age made it an excellent data source for the WHOI and Harvard team’s models of the deep Pacific waters.

“Climate varies across all timescales,” said Dr. Peter Huybers of Harvard University, who co-authored the paper. “Some regional warming and cooling patterns, like the Little Ice Age and the Medieval Warm Period, are well known. Our goal was to develop a model of how the interior properties of the ocean respond to changes in surface climate.”

The models found that, unlike the atmosphere and ocean surface waters around the Earth, the deep Pacific may still be cooling from the Little Ice Age.

“If the surface ocean was generally cooling for the better part of the last millennium, those parts of the ocean most isolated from modern warming may still be cooling,” Gebbie said.

To test their model, Huybers and Gebbie compared the results to temperature data taken in 1870 and the 1990s.

“The close correspondence between the predictions and observed trends gave us confidence that this is a real phenomenon,” Gebbie said.

The model changes what scientists know about how the ocean absorbs and holds heat from the atmosphere, the pair said.

“Part of the heat needed to bring the ocean into equilibrium with an atmosphere having more greenhouse gases was apparently already present in the deep Pacific,” Huybers said. “These findings increase the impetus for understanding the causes of the Medieval Warm Period and Little Ice Age as a way for better understanding modern warming trends.”