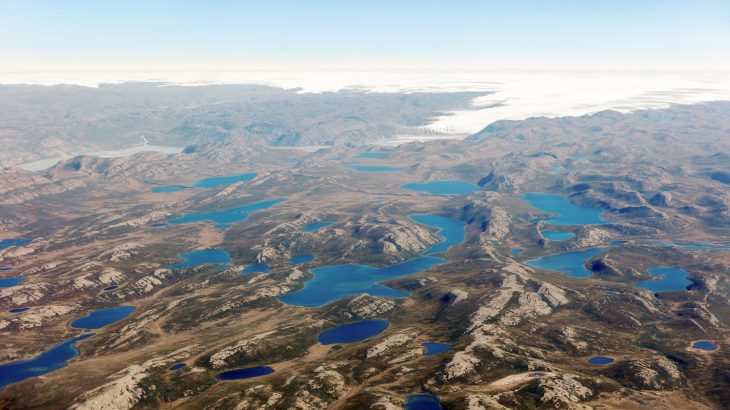 The Earth has gone through many periods of warming and cooling where temperatures were drastically different than they are today.

What makes the climate change of today so noticeable compared to other interglacial warm periods of the past is that the rates of warming and carbon amassing in the atmosphere are happening at unprecedented levels.

But looking at past interglacial periods can help researchers project the impacts of future climate change, and understand how the globe on the whole was affected by drastic temperature changes.

An international team of researchers led by University College London took an in-depth look at climate change during the Last Interglacial Period (129 to 116 thousand years ago) and discovered that global warming speeds up climate variability.

The results, published in the journal Nature Communications, show how century-scale climate changes are driven by interglacial temperatures which can help climatologist make future projections.

“The Last Interglacial is particularly relevant because it provides insights into climate processes during a period of excess warmth,” said Chronis Tzedakis, the study’s lead author.

During this last period of warming, surface air temperatures were three to eleven degrees above pre-industrial levels.

Global sea level at the time is estimated to have risen six to nine meters above today’s current levels.

Previous climate records show changes in temperature and precipitation that took place over the course of a century within the Last Interglacial, but exactly where and when these changes took place has remained unknown.

For this study, the researchers created a detailed timeline of the ocean, and atmospheric changes in Southern Europe and the North Atlantic during the Last Interglacial Period.

To develop this thorough timeline, the researchers used data from marine and terrestrial geological archives and climate model experiments. Taking data from different records and environments can produce uncertainties in forming a complete picture of climate during a particular time.

The researchers were able to overcome gaps in the timeline by analyzing fossils from sediment samples and creating a sort stratigraphic “Rosetta Stone.”

Once the researchers had a better picture of climate in Southern Europe, it was easier to link certain weather events across different environments.

For example, changes in vegetation caused by variations in precipitation were linked to chemical changes in stalagmites from the Corchia Cave in northern Italy.

“The Corchia record is particularly important because it is supported by very detailed radiometric dating using the decay of uranium isotopes, producing one of the best chronologies for this period available,” said Russell Drysdale, a leader of the research team charged with studying the Italian cave.

Next, the researchers were able to use climate model experiments to show that these widespread changes in precipitation aligned with disruptions of the Atlantic meridional overturning circulation.

The study shows how climate change over the course of a century can be fueled by warmer temperatures driving sea ice melt.

“Although not a strict analog for future anthropogenically-driven changes, the profile of the Last Interglacial that emerges is one of enhanced century-scale climate instability, with implications for ice-sheet and ocean dynamics,” said Tzedakis. “Future research efforts should focus on constraining further the extent of melting and runoff from the Greenland ice sheet and its effects on ocean circulation during the Last Interglacial.”