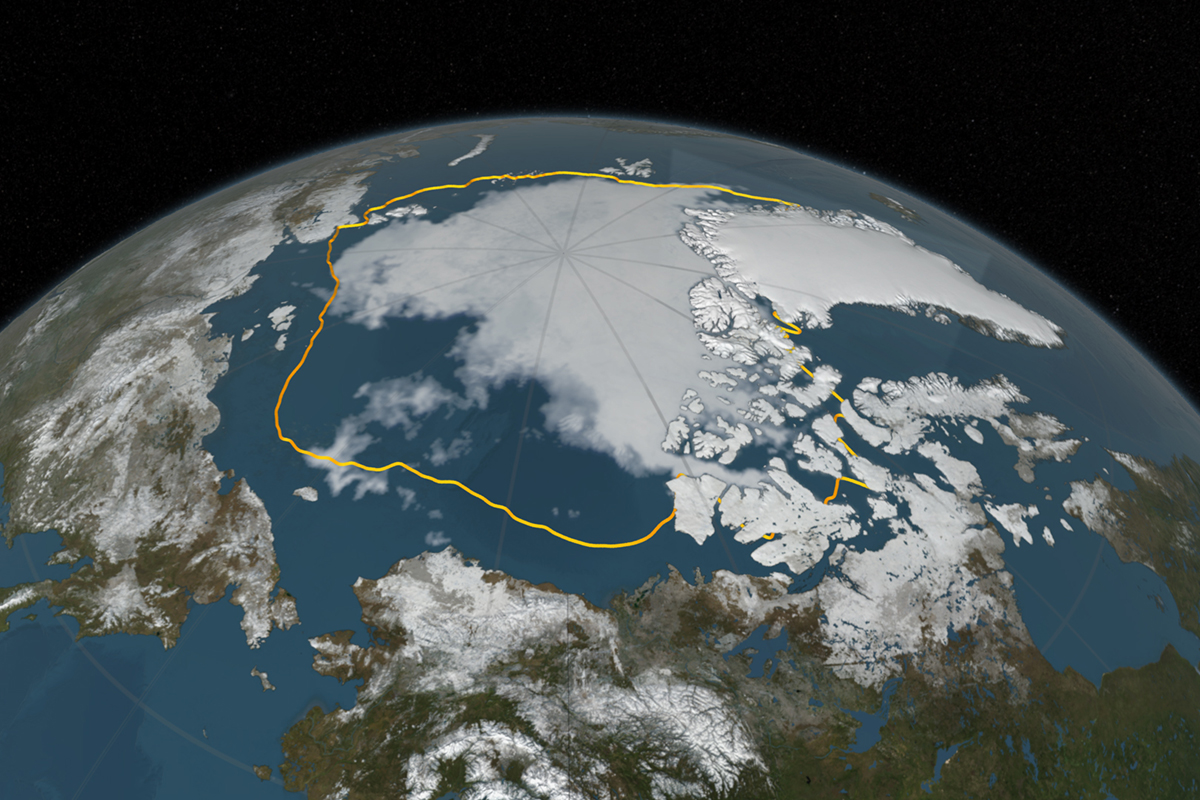 A new study from the Carnegie Institution for Science has revealed that ocean warming in the northern Pacific may have a larger influence on the climate of the Arctic than what was previously realized.

The Arctic is responding more intensely to global warming than any other region, which can be seen in the rate of sea ice decline. This effect, known as Arctic amplification, has been linked to many positive feedback mechanisms. The impact of oceanic heat flow from outside of the Arctic, however, has not been fully understood.

Paleoclimate records have shown that climate change in the Arctic has been both abrupt and drastic in the past. During the last deglaciation, there were two episodes of accelerated warming in the Arctic. Both of these events were accompanied by rapid warming in the North Pacific and North Atlantic oceans at mid-latitudes.

The current study was led by Summer Praetorius, who was a postdoctoral researcher at Carnegie at the time of the research and is now with the U.S. Geological Survey.

“Since there appeared to be coupling between abrupt Arctic temperature changes and sea surface temperature changes in both the North Atlantic and North Pacific in the past, we thought it was important to untangle how each region may affect the Arctic differently in order to provide insight into recent and future Arctic changes,” explained Praetorius.

The researchers modeled a series of ocean-to-atmosphere heat flow scenarios for the North Pacific and the North Atlantic. They also used the National Center for Atmospheric Research‘s Community Earth System Model (CESM) to analyze potential impacts to the surface temperatures and the climate in the Arctic.

The team found a strong correlation between both cooling and warming irregularities in the North Pacific and Arctic surface air temperature anomalies. The effect of activity in the North Atlantic, however, was not as strong.

The study authors pointed out, in particular, that accelerated warming across the Arctic in recent years has corresponded with unusually warm ocean temperatures in the Northeast Pacific. According to the experts, this suggests that the connection between these two regions has been underestimated.

“While this is a highly idealized study, our results suggest that changes in the Pacific Ocean may have a larger influence on the climate system than generally recognized,” said study co-author Ken Caldeira.