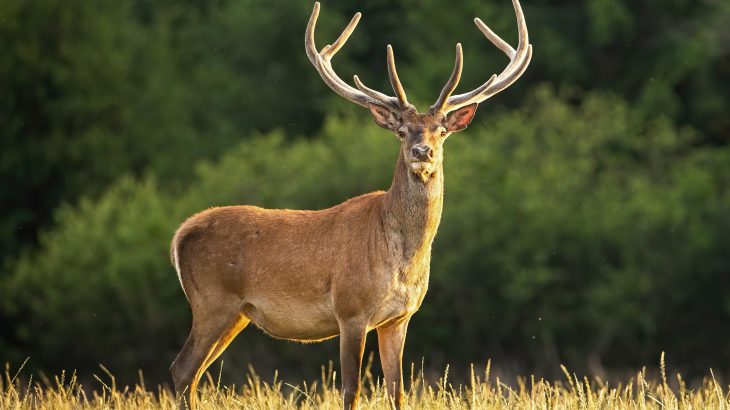 A new study has revealed why some deer are motivated to migrate into new territories each year while others choose to stay put. The research shows that deer migrations are dependent on the springtime dynamics of the landscape, such as patterns of green-up, or when plants sprout new growth.

Some animals migrate across large landscapes along with the progression of spring, hitting the best foraging sites as they emerge, which is referred to as “green-wave surfing.”

The study was a collaborative effort involving 36 biologists across North America and Europe. The team analyzed satellite data to observe vegetation patterns, which were compared with GPS-tracking data from nearly 1,700 deer. The research was focused on four species: roe deer and red deer in Europe, and mule deer and elk in North America.

“This new research shows that ungulate movement is influenced by altered patterns of forage availability,” said Aikens. “Migrations can be lost when changes in the underlying habitat eliminate the need to migrate over long distances.”

The researchers found that springtime plant growth is the driving force behind migrations in many ecosystems. In particular, deer do not tend to migrate out of areas where spring green-up is slow and has a long duration. By contrast, migratory behavior is common in places where the green-up is shorter in any one place but progresses up in elevation.

For example, roe deer do not have to move to secure the food they need thanks to a long springtime season in France and Belgium. However, in the Rocky Mountains or the Alps, staying put would mean missing out on the best foraging opportunities.

The researchers discovered that whether a group of deer was a resident or migrant species, the same foraging benefits were available.

The study findings suggest that management and conservation of deer should be tied to local patterns of plant growth, and the behavioral adaptations that have emerged in each area.

“This research has global implications for the field of animal ecology and should help drive future conservation work,” said study senior author Matthew Kauffman. “It allows us to understand more fully the types of landscapes where migration is required by ungulates and where conservation of corridors is thus paramount.”

“For decades, ecologists have sought to understand how animals move to select habitat, commonly defining habitat as a set of static patches,” wrote the study authors. “Our findings indicate that animal movement tactics emerge as a function of the flux of resources across space and time, underscoring the need to redefine habitat to include its dynamic attributes.”

“As global habitats continue to be modified by anthropogenic disturbance and climate change, our synthesis provides a generalizable framework to understand how animal movement will be influenced by altered patterns of resource phenology.”