How plants may assist in the search for dead bodies • Earth.com 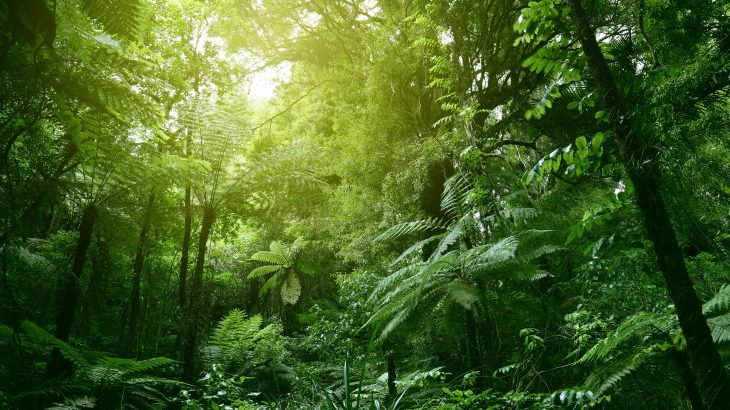 How plants may assist in the search for dead bodies

What if aerial search teams could locate dead bodies by analyzing forest cover? Forensic botanists say it’s possible. While the impacts of human decomposition on surrounding vegetation are not yet fully understood, the experts theorize that changes in a plant’s chemistry could signal nearby remains.

Thick vegetation can be a disadvantage for search teams working on the ground, but a new study published by Cell Press is designed to explore how forest cover may actually be advantageous in the search for dead bodies.

Study senior author Neal Stewart Jr. is a professor of Plant Sciences at the University of Tennessee (UT).

“In smaller, open landscapes foot patrols could be effective to find someone missing, but in more forested or treacherous parts of the world like the Amazon, that’s not going to be possible at all,” said Professor Stewart. “This led us to look into plants as indicators of human decomposition, which could lead to faster, and possibly safer body recovery.”

The experts will investigate the relationship between plants and human decomposition at UT’s Anthropology Research Facility, also known as the “body farm.” This site is used by forensic scientists to analyze how bodies decompose under various conditions.

During decomposition, the soil chemistry is changed in the area immediately surrounding the body, which is called the “cadaver decomposition island.” Future experiments will investigate how changes in an island’s soil nutrient composition manifest in nearby plants.

“The most obvious result of the islands would be a large release of nitrogen into the soil, especially in the summertime when decomposition is happening so fast,” said Professor Stewart. “Depending on how quickly the plants respond to the influx of nitrogen, it may cause changes in leaf color and reflectance.”

To distinguish between animal and human remains, the scientists must identify metabolites that are specific to human decay. The experts speculate that there are specific metabolites, like those from drugs or food preservatives, that will affect the appearance of plants in unique ways.

“One thought is if we had a specific person who went missing who was, let’s say, a heavy smoker, they could have a chemical profile that could trigger some sort of unique plant response making them easier to locate. Though at this stage this idea is still far-fetched,” said Professor Stewart.

By gaining a better understanding of the impacts of cadaver metabolites on plants, imaging technology can be developed to scan plants for precise signals of nearby human decomposition. Some of this technology already exists, but scientists still need to know which signals and plant species to look for.

“We’ve actually built a whole plant imager that can analyze fluorescence signatures,” explained Professor Stewart. “But the first steps are going to be very fine scale, looking at individual leaves and measuring how their reflectance or fluorescence changes over time when plants are near human remains.”

Ultimately, drones and other tech could be used to analyze a wide stretch of area in a short amount of time.

“When you start to think about deploying drones to look for specific emissions, now we can think of the signals more like a check engine light – if we can quickly fly where someone may have gone missing and collect data over tens or even hundreds of square kilometers, then we’d know the best spots to send in a search team.”

According to the researchers, it will be several years before it is feasible to use plants to locate human remains. Currently, the scientists are developing the first of many plant-cadaver experiments at the body farm.