Deforestation in the Amazon is largely driven by beef consumption • Earth.com 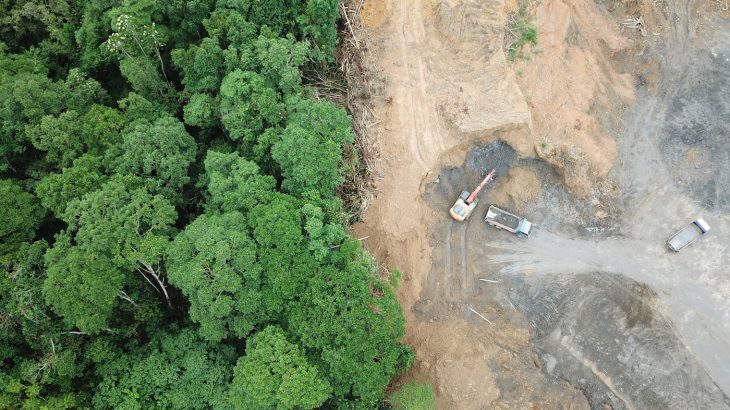 Deforestation in the Amazon is largely driven by beef consumption

This year, more than 70,000 fires have burned across the Amazon rainforest, which is an increase of 80 percent compared to the number of fires in the region last year. Brazilian president Jair Bolsonaro has come under intense scrutiny for limiting the resources and authority of the government agencies that were designated to monitor illegal deforestation activities.

When an aid package of $22 million was offered from some of the world’s wealthiest countries to help combat the fires, Bolsonaro angrily rejected the offer – before later accepting $12 million in aid from Britain.

Beyond the fire disaster, Bolsonaro’s administration has been vocal about plans to open up protected indigenous reserves of the Brazilian Amazon for farming, mining, and logging. Based on these interests, Bolsonaro encouraged loggers to clear more of the Amazon, which many believe is what sparked this year’s firestorm.

However, in a new investigation from TRASE, the biggest beef-consuming countries are playing their own role in deforestation across the Amazon.

“Brazil is the world’s biggest exporter of beef products, exporting around 1.4 million tons per year to retailers and manufacturers around the world. While this trade worth almost US$6 billion is important for the Brazilian economy, it has come at a price for the country’s forests, local and traditional peoples and biodiversity,” explains TRASE, a partnership between the Stockholm Environment Institute and Global Canopy.

The organization tracked Brazilian beef exports from where the cattle were raised to 150 importing countries to identify the major companies involved in this trade. The researchers found that cattle ranching led to an average of 65,000 – 75,000 hectares of deforestation practices each year between 2015 and 2017.

The single largest exporter of Brazilian beef, JBS, was linked to more than a third of the deforestation risk, despite the company’s pledge to allow zero deforestation in the Amazon.

According to New Scientist, a spokesperson for JBS said the TRASE analysis is misleading and that the firm has an “unwavering commitment to combat, discourage and eliminate deforestation in the Amazon.”

“By identifying the origins of exported beef and other cattle products, the Trase data also allow us to compare the deforestation linked to exports and to the domestic