A new technique for detecting microplastics in water bodies • Earth.com 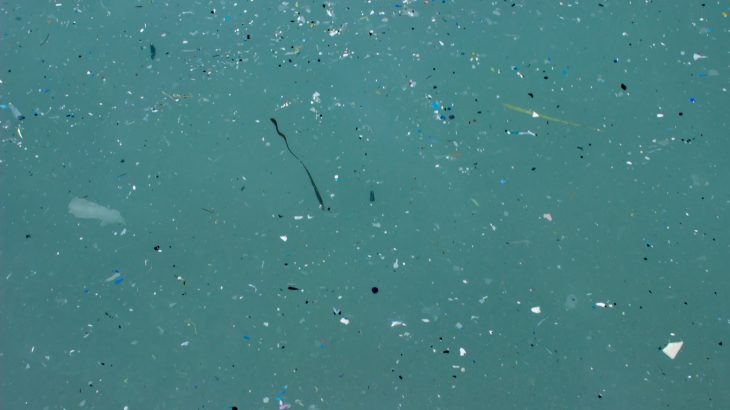 A new technique for detecting microplastics in water bodies

In the time since microplastics were discovered in abundance across our oceans, scientists have found that this contamination is extremely widespread throughout lakes, rivers, and even in food and beverage supplies. Dr. Natalia Ivleva, a researcher at the Technical University of Munich (TUM), is working to develop new methods for identifying and quantifying microplastics.

Dr. Ivleva explained that humans produce around 400 million tons of plastic on a yearly basis. A large amount of this plastic makes its way into the environment as litter, where it takes up to several hundred years to completely degrade. She said that over the next few decades, we will be facing a massive increase in the amount of microplastic pollution in the environment.

When asked why we do not know more about the effects of microplastic pollution, Dr. Ivleva replied: “Early on, when researchers first realized that microplastic was entering the environment as a result of human activity, optical methods were used to distinguish plastic from other particles in a given sample.”

“Unfortunately, this method is not very reliable. When you are looking at a particle that is smaller than a millimeter in size, it’s difficult to discern whether it is a grain of sand or a piece of plastic. They look very similar at that size.”

Dr. Ivleva was part of a team of researchers that conducted a chemical analysis of around 3,000 particles from a water sample collected in the Elbe River.

“We ascertained that only one in a thousand particles in the sample was actually plastic,” she explained. “Alongside limestone and other mineral particles, the water sample also contained a lot of organic material. That is why it’s of the utmost importance to develop reliable and standardized analysis methods – otherwise, there is no way to accurately compare different sample values with one another.”

According to Dr. Ivleva, there are several methods that are currently being used to analyze samples for microplastic, including thermal analysis and infrared microspectroscopy.

“At the TUM Institute of Hydrochemistry, we predominantly employ Raman microscopic analysis in our research. Raman is a non-destructive spectroscopic method that makes it possible to conduct both a signature spectrum analysis as well as facilitate reliable particle identification. Using this method, we can determine whether a particle is made of synthetic polymers – or if it’s a natural substance such as cellulose or quartz.”

This method also allows the experts to precisely determine the type of plastic in a sample.

“And coupling the power of a Raman spectrometer with a regular optical microscope, we can analyze particles down to one micrometer or even smaller. The result: we have the ability to clearly define the number of particles, the range of particle sizes and the polymer types of the microplastics in any given sample.”

The team has used this technique to confirm the presence of microplastic particles in the digestive tracts of water fleas. In the project “MiPAq,” which is being funded by the Bavarian Research Foundation (BFS), the researchers are currently working on the automation of Raman-based methods.

Dr. Ivleva was asked if the production of plastic should be completely banned in the future.

“Absolutely not – plastic is an incredibly versatile material and has a lot of advantages over other materials. That said – it is of paramount importance for us to drastically reduce the amount of plastic we are introducing into the environment. And it’s not just the companies manufacturing plastic that need to shoulder the sole responsibility and burden for this – it is also up to us as consumers to become more responsible in how we use, reuse, recycle and dispose of plastic in the future.”

The study is published in the journal Trends in Analytical Chemistry.