Did the building blocks of life form inside of water droplets? • Earth.com 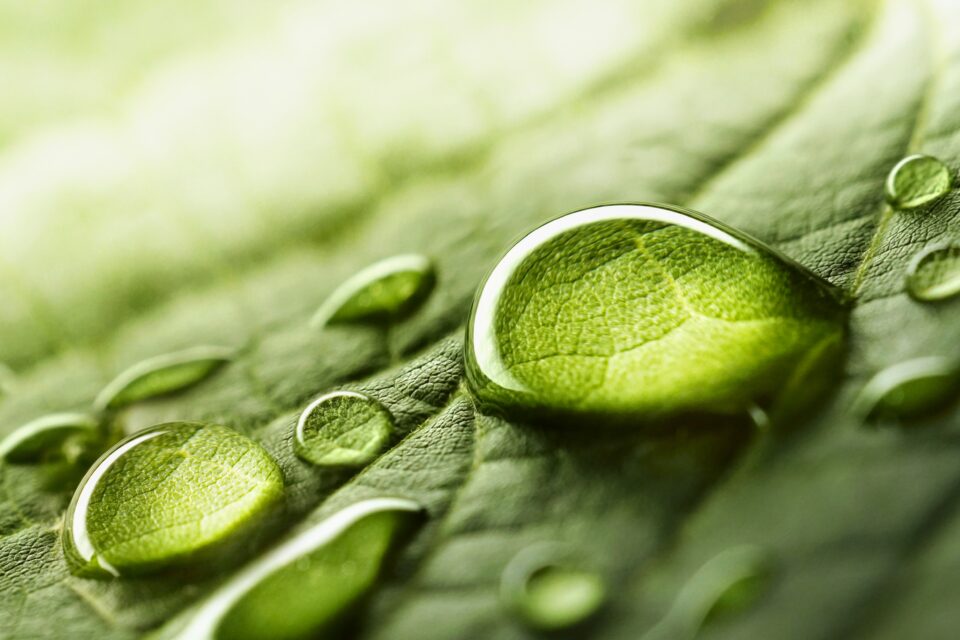 In our bodies, genetic codes describe the ways in which amino acids get assembled into chains known as peptides, which then form the building units of proteins. The formation of peptide bonds is one of the most important biochemical reactions and, in our cells, it is catalyzed (sped up) by enzymes in order to produce essential proteins quickly. But how did the very first proteins get assembled, before there were any living cells or enzymes to assist the process?

Earth did not always harbor life. In fact, for around 500 million years there was no life at all. But sometime around 4 billion years ago, something in the environment changed, and systems with biological properties began to emerge. Although amino acids of many different types were present before this, they were now able to assemble themselves into peptide chains, and later into proteins. Scientists have pondered how the chemistry of the early Earth may have facilitated the origin of these proteins, and have come up with many theories. However, there has been little experimental laboratory support for these ideas.

If, as scientists have theorized, life on Earth began in the oceans, then amino acids – which were considered to be abundant in these times – would have joined together by means of peptide bonds while surrounded by a watery medium. But the formation of a peptide bond between two amino acids requires the removal of a molecule of water, a process known as dehydration synthesis. Chemists have always thought this was rather unlikely to occur in a wet, aqueous or oceanic environment, especially without the presence of any catalyst to speed up the reaction.

New research from scientists at Purdue University has now uncovered a mechanism whereby peptide bonds may form in the absence of a catalyst, even when the amino acids are surrounded by water.  They say that the key to this process is that it took place within droplets of water, where the edge of the droplet comes into contact with the surrounding air.

“This is essentially the chemistry behind the origin of life,” said Graham Cooks, the Henry Bohn Hass Distinguished Professor of Analytical Chemistry in Purdue’s College of Science. “This is the first demonstration that primordial molecules, simple amino acids, spontaneously form peptides, the building blocks of life, in droplets of pure water. This is a dramatic discovery.”

Cooks, an expert in mass spectrometry and early Earth chemistry, and his team have spent more than 10 years using mass spectrometers to study chemical reactions in droplets containing water. They say that “water isn’t wet everywhere.” In fact, where a water droplet meets the atmosphere, incredibly rapid reactions can take place, transforming free amino acids into the building blocks of life. Places where sea spray flies into the air and waves pound the land, or where fresh water tumbles down a rapid, would have provided suitable conditions for the evolution of life’s first proteins.

“The rates of reactions in droplets are anywhere from a hundred to a million times faster than the same chemicals reacting in bulk solution,” Cooks explained.

This rapid rate of reaction within microdroplets would do away with the need for catalysts or enzymes to speed things up, and make the synthesis of proteins possible in watery environments. This may be the mechanism that underlies the formation of complex molecules, such as proteins, in the chemical environment of early Earth. Understanding how this process works has been the goal of decades of scientific research. The secret of how life arose on Earth can help scientists understand why it happened and inform the search for life on other planets, or even moons.

Understanding how amino acids may have built themselves up into proteins within small droplets of water revolutionizes scientists’ understanding of chemical synthesis. This same understanding could now be applied by synthetic chemists to speed up the reactions critical to discovering and developing new drugs and therapeutic treatments for diseases.

“If you walk through an academic campus at night, the buildings with the lights on are where synthetic chemists are working,” Cooks said. “Their experiments are so slow that they run for days or weeks at a time. This isn’t necessary, and using droplet chemistry, we have built an apparatus, which is being used at Purdue now, to speed up the synthesis of novel chemicals and potential new drugs.”