Diet drinks could raise the risk of stroke for post-menopausal women • Earth.com 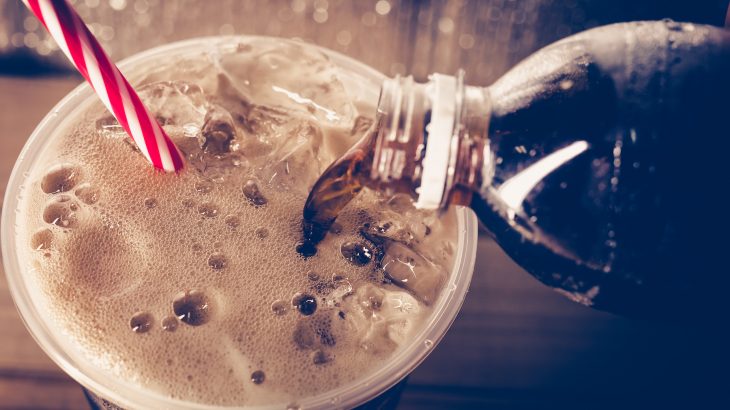 While diet sodas and beverages with artificial sweeteners are touted as healthier, low-calorie alternatives to sugary drinks, simply swapping one for the other could have just as negative an impact on health as a high-calorie drink.

A new study, the first of its kind, examined the link between drinking diet beverages daily and cardiovascular disease.

The results, published in the journal Stroke, show that post-menopausal women who consume multiple diet drinks a day have an increased risk of stroke due to a blocked artery.

Researchers from the Albert Einstein College of Medicine in New York analyzed data from the Women’s Health Initiative Study that took place between 1993 and 1998.

Data on 81,714 women ages 50 to 79 who were part of the Health Initiative Study were reviewed by the researchers including how often in a three-month period each participant consumed a diet beverage.

It’s important to note that the data did not reveal which artificial sweeteners or specific drinks were consumed so the researchers could not prove cause or effect.

After accounting for different risk factors like age, past smoking history, and high blood pressure, the researchers identified a link between stroke risk and daily diet soda consumption.

The risks were higher for some women compared to others as the researchers found that women without a history of heart disease or diabetes were 2.4 times more likely to have a stroke if they reported high consumption of diet drinks.

Weight was an influencing factor, and African American women without a history of heart disease were nearly four times more likely to have a stroke due to a blood clot.

“Many well-meaning people, especially those who are overweight or obese, drink low-calorie sweetened drinks to cut calories in their diet,” said Yasmin Mossavar-Rahmani, the lead author of the study. “Our research and other observational studies have shown that artificially sweetened beverages may not be harmless and high consumption is associated with a higher risk of stroke and heart disease.”

There are several limitations to the research and the American Heart Association which published the findings recently released an advisory stating that there was no conclusive scientific research proving that low-calorie drinks and artificial sweeteners increased heart disease risk.

In addition, the women in the Health Initiative Study self-reported on their drinking habits and the data doesn’t include information on the type of sweetener shows that further research is needed to test these risk associations.

“Unfortunately, current research simply does not provide enough evidence to distinguish between the effects of different low-calorie sweeteners on heart and brain health” said Rachel K. Johnson, the chair of the writing group for the American Heart Association’s science advisory, “This study adds to the evidence that limiting use of diet beverages is the most prudent thing to do for your health,”

When it comes to the best alternative for sugary sodas, the American Heart Association recommends water, plain and simple, as the best no-calorie drink option.