Dinosaurs were already on their way out when the asteroid struck • Earth.com 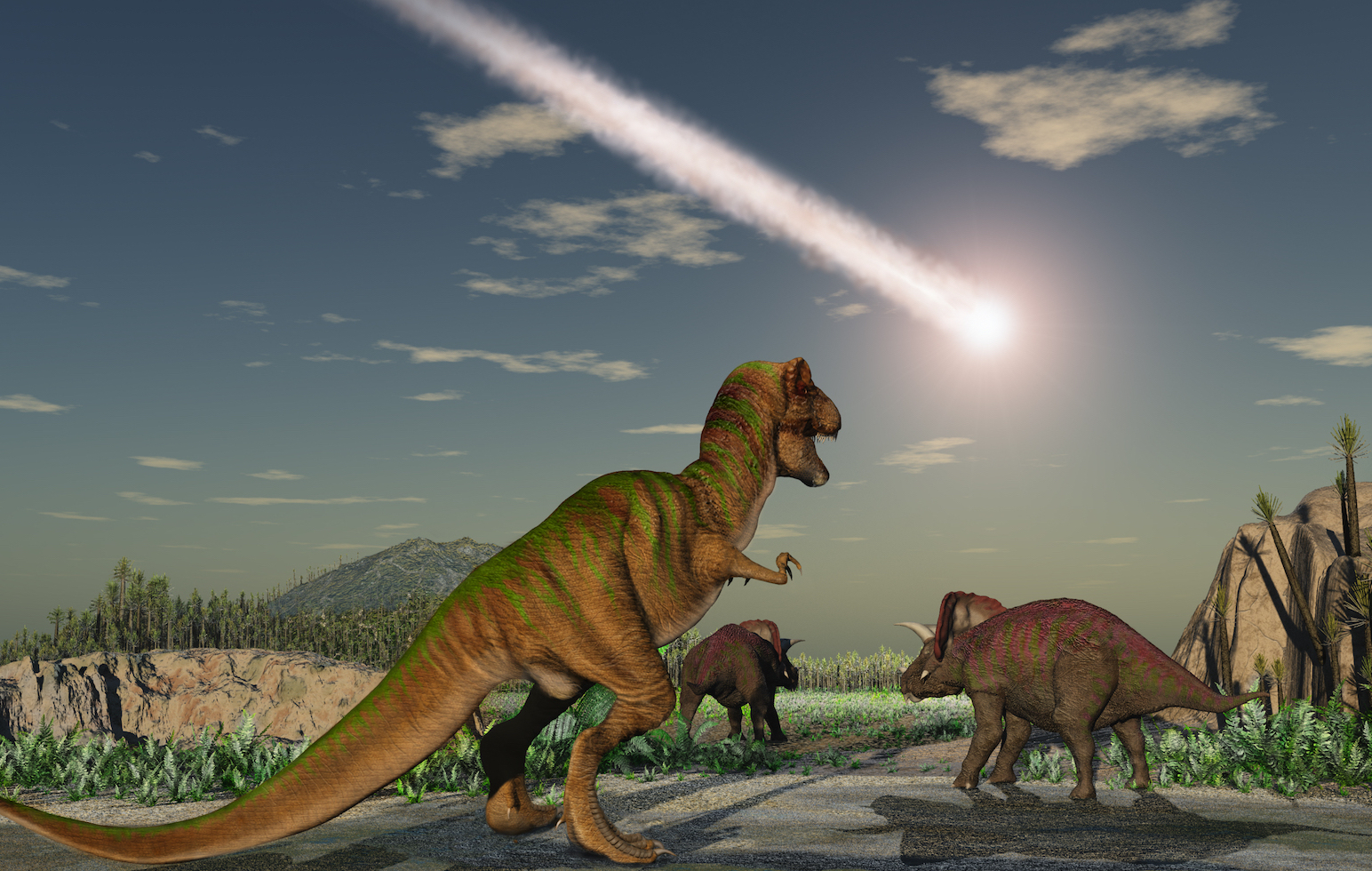 Dinosaurs were already on their way out when the asteroid struck

Scientists at the University at Albany are reporting that the asteroid believed to be responsible for wiping out the dinosaurs was not the only cause of their demise. According to the research, the dinosaurs were in trouble long before the asteroid struck the Earth because they were eating toxic plants.

Professor Gordon Gallup and former student Michael Frederick have proposed this new theory, which suggests that the dinosaurs never adapted a “learned taste aversion,” which would have allowed them to realize when food was making them sick.

According to Professor Gallup, many animal species such as rats benefit greatly from this defense mechanism.

“A reason why most attempts to eliminate rats have not been successful is because they, like many other species, have evolved to cope with plant toxicity,” he explained.

“When rats encounter a new food, they typically sample only a small amount, and if they get sick, they show a remarkable ability to avoid that food again because they associate the taste and smell of it with the negative reaction.”

According to fossil evidence, flowering plants known as angiosperms arrived before the Chicxulub Crater struck Earth 65 million years ago. Just as the plants emerged, dinosaur populations began to dwindle.

“Gallup and Frederick claim that, as plants were evolving and developing toxic defenses, dinosaurs continued eating them despite gastrointestinal distress.”

The scientists pointed out that, even though is not yet clear when the angiosperms first became toxic, the gradual disappearance of dinosaurs coincided with the appearance of these flowering plants.

“Though the asteroid certainly played a factor, the psychological deficit which rendered dinosaurs incapable of learning to refrain from eating certain plants had already placed severe strain on the species,” said Professor Gallup.

The study is published in the journal Ideas in Ecology and Evolution.