Invasive disease could nearly wipe out the UK’s ash trees this century • Earth.com 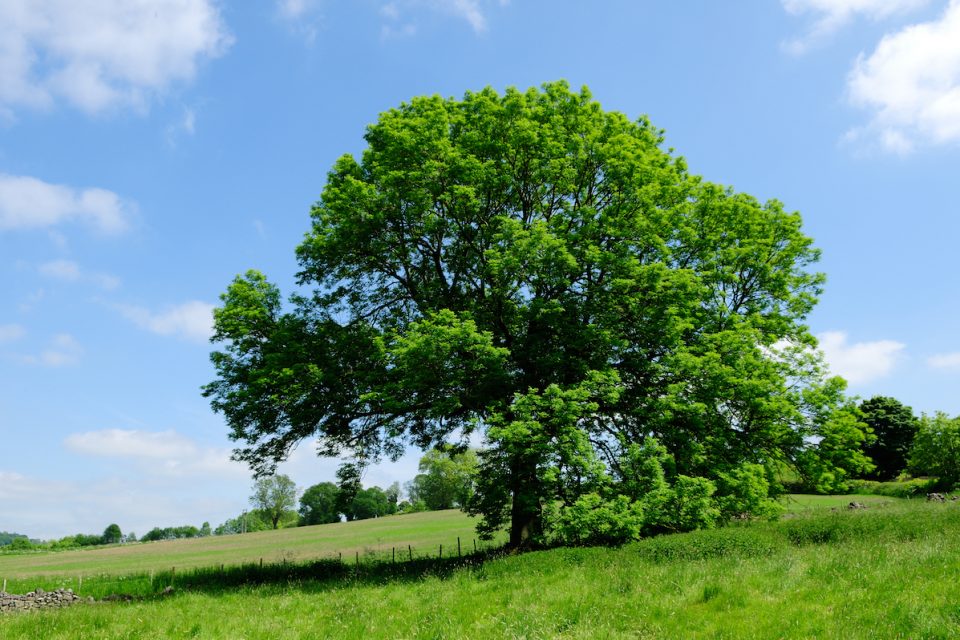 Invasive disease could nearly wipe out the UK’s ash trees this century. Human-induced changes to the environment are increasing the rate at which pests and diseases are introduced, which is severely threatening to native species. Long-lived species that reproduce slowly, such as forest trees, are particularly susceptible to new pathogens.

It is estimated that in 2015, 100 million hectares of forest were affected by pests and diseases around the globe. However, the subsequent impacts to any given forest ecosystem cannot be detected for years, so experts use computer models to predict future outcomes.

In a recent study, Professor Matthew Evans from the University of Hong Kong created a computer model to estimate how ash dieback (ADB) disease may affect the UK’s 125 million ash trees.

ADB disease, which is caused by a fungus native to East Asia, was introduced to the UK seven years ago. This incurable infection leaves diamond-shaped scars on the bark and causes the leaves to fall off of the trees.

About one in every 100 ash trees is able to resist the fungus and avoid infection. This is likely due to a genetic advantage which allows the trees to shed their leaves earlier to prevent the fungus from establishing itself.

Professor Evans found that at the current level of resistance, 95 percent of the UK’s ash trees could be wiped out by the end of the century. He determined that breeding more ash trees with resistance will prevent millions of deaths.

“In addition, several studies have shown that resistance to ADB appears to be heritable,” wrote Professor Evans. “This is potentially a route by which a reasonably high ash tree population could be sustained after this new threat, with dead susceptible trees being replaced by resistant individuals.”

According to Professor Evans, if one in 10 British trees could fight off ash dieback, the ash tree population would only be reduced by one-third of its current size. However, Professor Evans explained that this number of resistant trees will not appear on their own.

“As has been suggested by other authors, it seems reasonable that selective breeding could play a role in the conservation of ash forests,” said Professor Evans. “The establishment of a source of resistant individuals that could be used to boost the numbers of naturally resistant trees in the population would help increase the chances of a population sustainability.”