Dogs can distinguish between familiar and unfamiliar languages • Earth.com 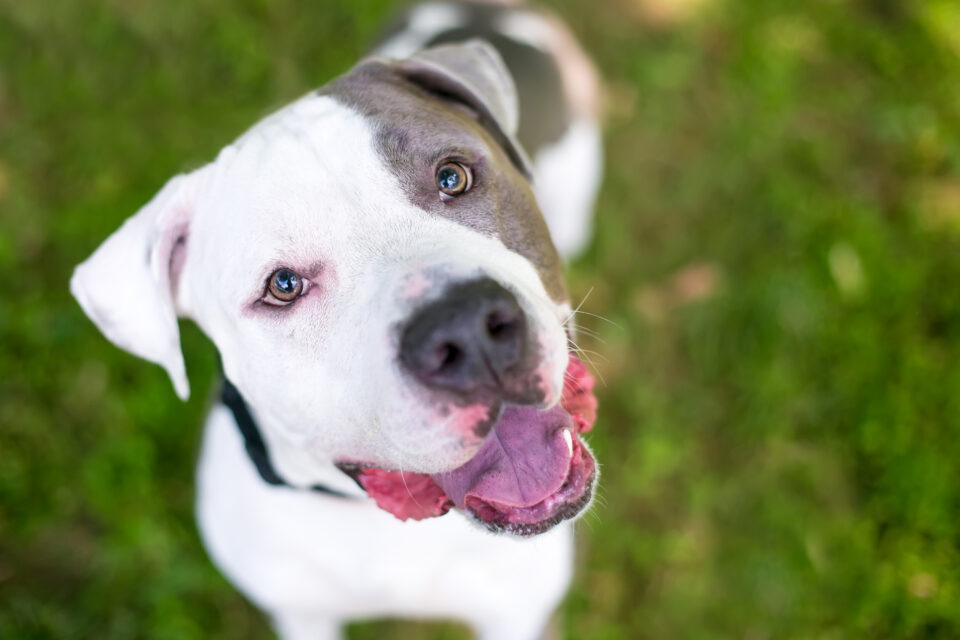 Dogs can distinguish between familiar and unfamiliar languages

A new brain imaging study from researchers at the Eötvös Loránd University in Hungary has found that dogs can distinguish between speech and non-speech, and their brains can detect an unfamiliar language. Published today in the journal NeuroImage, the research is the first to show that a non-human brain can differentiate between two different languages.

“Some years ago, I moved from Mexico to Hungary to join the Neuroethology of Communication Lab at the Department of Ethology, Eötvös Loránd University, for my postdoctoral research,” explains Laura Cuaya, first author of the study.  “My dog, Kun-kun, came with me. Before, I had only talked to him in Spanish. So I was wondering whether Kun-kun noticed that people in Budapest spoke a different language – Hungarian.”

Kun-kun, along with 17 other adult dogs of various types, was trained to lie still in a brain scanner while being exposed to excerpts of spoken Spanish, spoken Hungarian or to scrambled fragments of either language that sounded completely unnatural and constituted non-speech.

All the dogs were family pets that had previously heard only one of these languages spoken by its owner. Hungarian was the language spoken in the environment of 16 dogs, Spanish of 2 dogs (familiar language), and the other language was unfamiliar to all dogs.

While listening to these speech and non-speech sounds, the dogs’ brain activity was monitored using functional magnetic resonance imaging (fMRI). The researchers hypothesized that speech detection by the dogs would be reflected by differential brain activity patterns for speech vs. scrambled speech (non-speech). In addition, they expected that language representation (i.e., sensitivity to language-specific regularities in the speech signal) would be reflected in differential brain activity patterns when exposed to speech in a familiar vs. an unfamiliar language.

The results showed that differential activity occurred in the near-primary auditory cortical regions of the brain when dogs heard natural speech or scrambled, unnatural speech. This indicated that speech naturalness was detected by the dogs.

“Dog brains, like human brains, can distinguish between speech and non-speech,” said Raúl Hernández-Pérez, co-author of the study. “But the mechanism underlying this speech detection ability may be different from speech sensitivity in humans: whereas human brains are specially tuned to speech, dog brains may simply detect the naturalness of the sound,” he explains.

Furthermore, dog brains could also distinguish between Spanish and Hungarian. Different brain activity was recorded in the ventral parts of the auditory cortex in response to whether the language detected was familiar or unfamiliar. The study therefore provides the first evidence of distinct brain activity patterns for two languages in a non-human species. It is not known, however, whether dogs could also discriminate between two unfamiliar languages.

Interestingly, the older the dog was, the better their brain distinguished between the familiar and the unfamiliar language. “Each language is characterized by a variety of auditory regularities. Our findings suggest that during their lives with humans, dogs pick up on the auditory regularities of the language they are exposed to,” said Hernández-Pérez.

“This study showed for the first time that a non-human brain can distinguish between two languages,” explained Attila Andics, co-author of the study.

“It is exciting because it reveals that the capacity to learn about the regularities of a language is not uniquely human. Still, we do not know whether this capacity is dogs’ specialty, or general among non-human species. Indeed, it is possible that the brain changes from the tens of thousands of years that dogs have been living with humans have made them better language listeners, but this is not necessarily the case. Future studies will have to find this out,” concludes Andics.