The choice to have a dog is influenced by our genes • Earth.com 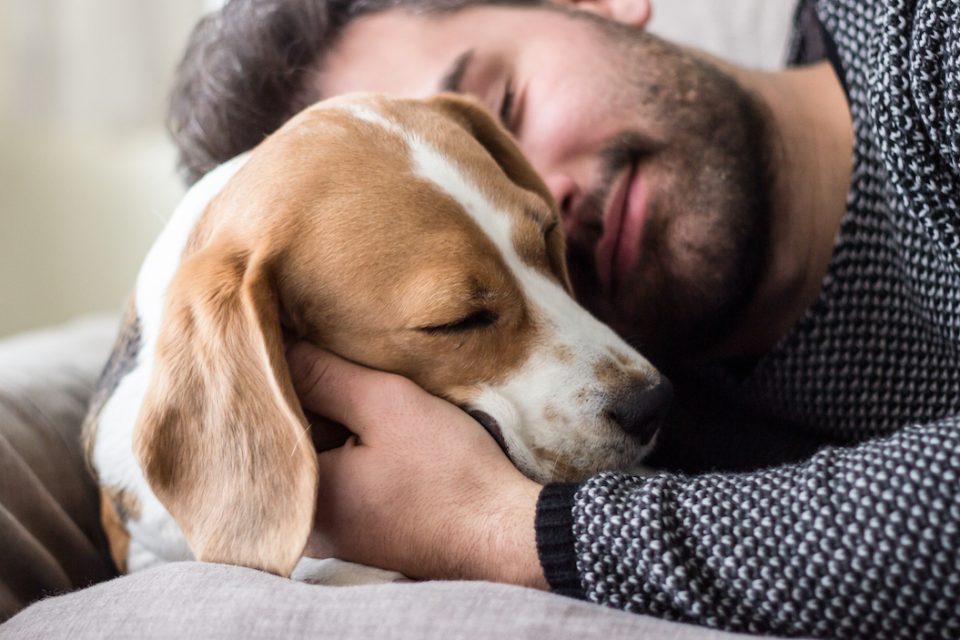 The choice to have a dog is influenced by our genes

According to a new study from a team of Swedish and British researchers based at Sweden’s Uppsala University, choosing to own a dog is heavily influenced by one’s genetic makeup.

The researchers used information from 35,035 sets of twins from the Swedish Twin Registry to explore the link between genetic variation and dog ownership.

“We were surprised to see that a person’s genetic [makeup] appears to be a significant influence in whether they own a dog,” said lead author Professor Tove Fall, of the University’s Department of Medical Sciences and the Science for Life Laboratory. “As such, these findings have major implications in several different fields related to understanding dog-human interaction throughout history and in modern times.”

“Although dogs and other pets are common household members across the globe, little is known how they impact our daily life and health,” Professor Fall continued. “Perhaps some people have a higher innate propensity to care for a pet than others.”

“These findings are important as they suggest that supposed health benefits of owning a dog reported in some studies may be partly explained by different genetics of the people studied,” added coauthor Carri Westgarth, Lecturer in Human-Animal interaction at the University of Liverpool.

“These kind of twin studies cannot tell us exactly which genes are involved, but at least demonstrate for the first time that genetics and environment play about equal roles in determining dog ownership,” said senior author Patrik Magnusson, an Associate Professor in Epidemiology at the Department of Medical Epidemiology and Biostatistics at Sweden’s Karolinska Institutet, and Head of the Swedish Twin Registry.

“The next obvious step is to try to identify which genetic variants affect this choice and how they relate to personality traits and other factors such as allergy,” Professor Magnusson added.

Furthermore, coauthor Keith Dobney, a zooarchaeologist and Chair of Human Palaeoecology in the Department of Archaeology, Classics and Egyptology at the University of Liverpool, said that this study has major implications for unlocking a deeper understanding of dog domestication.

“Decades of archaeological research have helped us construct a better picture of where and when dogs entered into the human world,” he said, “but modern and ancient genetic data are now allowing us to directly explore why and how?”