Dogs can hear and recognize their name in noisy places • Earth.com 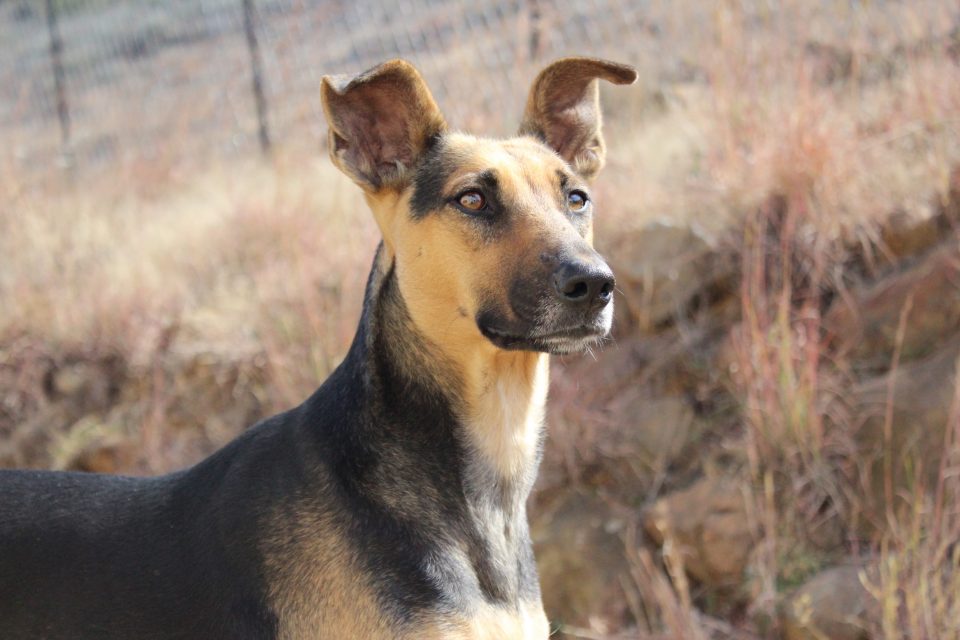 Dogs can hear and recognize their name in noisy places

If you’ve ever happened to hear your name called out in a crowd, congratulations, you’ve experienced something called the “cocktail party effect.” This occurs when people have the ability to tune out a lot of noise, like the din of a dinner party, to better hear important sounds and words.

Researchers from the University of Maryland recently discovered that dogs possess this uncanny ability as well, in a new study published in the journal Animal Cognition.

The study provides insight into how dogs respond to the sound of their name, which could prove useful for animal trainers and service dog handlers.

The results of the study show how loud is too loud before a domestic dog is no longer able to pick out its name from other noises, and that a dog can recognize its own name even when an unfamiliar voice speaks it over a loudspeaker.

For the study, both service dogs and house pets from various breeds were brought to a room with their owner.

The room was fitted with two loudspeakers on opposite ends, and if a dog turned toward one speaker or the other after hearing its name, the researchers considered that as the dog responding to its name.

The dogs were then observed while the loudspeakers alternated recordings of the dog’s name being spoken aloud by an unfamiliar voice. Background noise was also played in the room at three increasing levels of volume.

Service dogs scored a little higher than pets, and the researchers suggest that this is because owners usually have a grocery list of nicknames they give their pets, so their dog’s actual name is said less often compared to a service animal.

“I suspect one of the reasons working dogs do better is because people use their names more consistently,” Rochelle Newman, a co-author of the study told National Geographic. “We often end up using nicknames so much.”

The study puts to rest the idea that dogs are not able to recognize their names but instead respond to visual and verbal cues from their handlers.

“Some people say you’re better off giving hand signals—but the dogs are often scanning the room to see what’s going on around them, so they miss them,” Stanley Coren, a professor emeritus of psychology at the University of British Columbia who was not involved in the study told, National Geographic. “So this says, no, you can cut through the noise by using the dog’s name.”