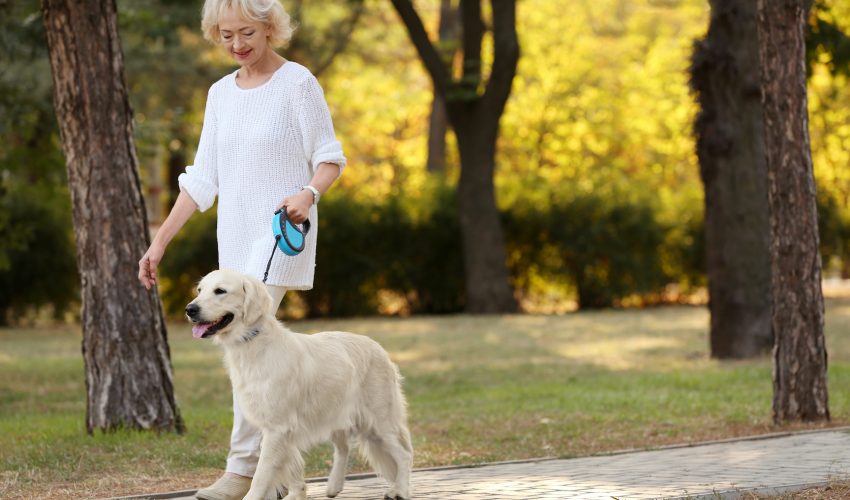 Nothing gets your pooch’s tail wagging and excitement up like the w-word, walk. That and maybe seeing you after a long absence. Well, let’s face it, dogs are pretty easily pleased overall. That’s why we love them. But one study out of the University of East Anglia and Center for Diet and Activity Research at the University of Cambridge showed that owning a dog and walking them regularly had a hugely positive impact on keeping older adults more active.

The results were found using data from the EPIC Norfolk cohort study, which currently looks at the health of residents of Norfolk.

The study particularly focused on those who were less likely to be active later in life and in climates with bouts of bad weather. Research teams looked at over 3,000 adults who were asked if they owned a dog and were given an accelerometer to wear for seven days to measure physical activity.

The end results found that those who owned a dog were far more active than those who weren’t (30 minutes more), even if the weather was poor. After all, rain or shine, Rover has to go. In fact, this is one thing professor and project lead Andy Jones mentioned in his findings.  He said, “Being driven by something other than our own needs might be a really potent motivator and we need to find ways of tapping into it when designing exercise interventions in the future.”

The confirmed findings, although not suggesting that everyone get out and buy a puppy, were helpful to show even small ways that can counter inactivity later in life no matter the weather. According to the study, bad weather was one of the biggest hindrances to regular exercise.