Dogs can hurt their legs and joints by jumping down from SUVs • Earth.com 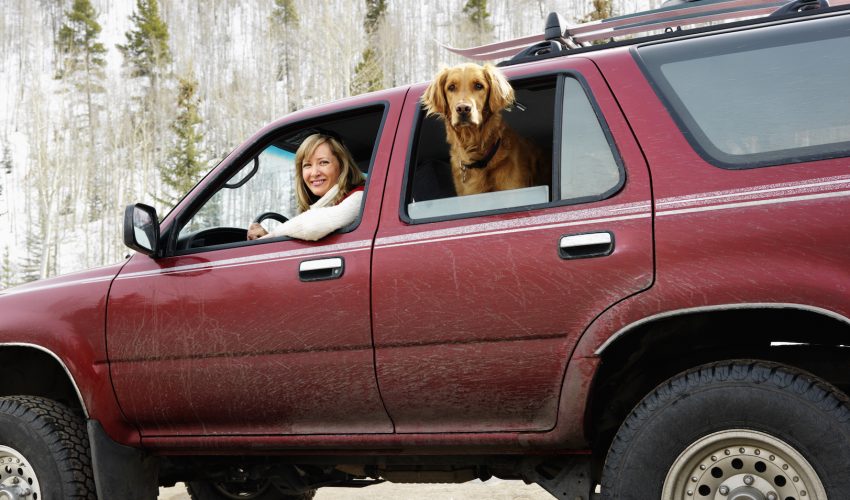 A new study has revealed that allowing dogs to jump from the back of large vehicles can cause serious damage to their joints. Veterinarians measured the force behind dogs jumping from the height of a 4×4 and found that the force was four times more impactful than taking a normal step.

Gudrun Ravetz is the senior vice president of the British Veterinary Association.

“When our pets look fit and healthy on the outside it can be easy to miss underlying issues that can then be exacerbated by the additional strains and stresses of jumping out of a car boot or other high place,” said Ravetz.

The study is the first to closely examine the risk of injury in dogs associated with jumping down from vehicles. The investigation was focused on 15 dogs including retrievers, collies, and Belgian shepherds.

The experts set up platforms at heights of up to 2.5 feet to represent the boot of most modern SUVs, although some are lifted even higher. The dogs landed on a plate that was designed to measure the force of the landing on their forelegs.

According to the researchers, the strain detected in the trials could put dogs at risk for painful osteoarthritis, which is caused by damage to the joints and affects around one in five dogs.

“Some people have very large vehicles and you often see them letting their dogs jump out of the boot,” said Dr. Wills. “Dogs develop degenerative joint disease for a multitude of reasons over a lifetime, but there is a concern that dogs jumping repeatedly from car boots may be at increased risk of developing this type of condition.”

“We would suggest that people consider using ramps stretching from their car to the ground for all dogs, instead of just for those with existing joint problems.”

The study is published the journal Vet Record.