Dogs process speech in the same way as humans • Earth.com 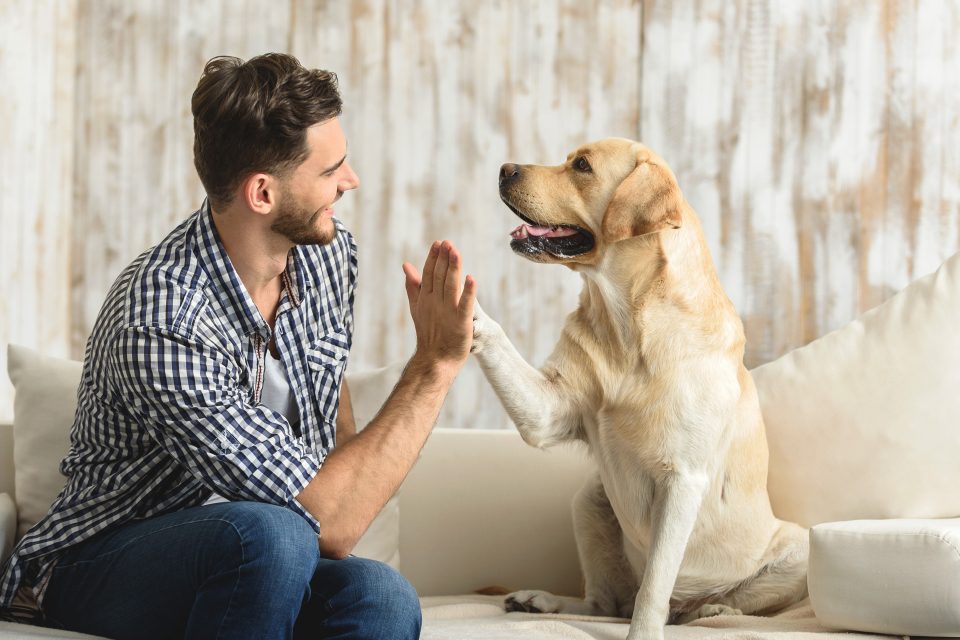 Dogs process speech in the same way as humans

Dogs process speech in a very similar way to humans, according to a new study from Eötvös Loránd University (ELTE). The research shows that as dogs are interpreting unknown words based on intonation, or the rise and fall of our voices, they use the same brain region to process this unfamiliar speech.

Experts in the ELTE Faculty of Science used MRI brain imaging to show that dog brains not only derive information from what we say and how we say it, but also use a human-like speech processing system to do so.

Dogs recognize the meaning of words like “sit,” but they also understand the underlying tone and intent of words that they are not familiar with. For example, when dogs are praised in a high pitch voice, they realize that something positive is being expressed. However, little has been known about what is going on in a dog’s brain as speech is actually being processed.

To investigate, the researchers measured brain activity with fMRI as dogs heard familiar praise words and unfamiliar words that were expressed in either a neutral or a praising manner.

“Exploring speech processing similarities and differences between dog and human brains can help a lot in understanding the steps that led to the emergence of speech during evolution,” said study lead author Anna Gábor.

“Human brains process speech hierarchically: first, intonations at lower-, next, word meanings at higher stages. Some years ago, we discovered that dog brains, just as human brains, separate intonation and word meaning. But is the hierarchy also similar?”

“To find it out, we used a special technique this time: we measured how dog brain activity decreases to repeatedly played stimuli. During brain scanning, sometimes we repeated words, sometimes intonations. Stronger decrease in a given brain region to certain repetitions shows the region’s involvement.”

“Although speech processing in humans is unique in many aspects, this study revealed exciting similarities between us and a speechless species. The similarity does not imply, however, that this hierarchy evolved for speech processing,” said study co-author Attila Andics.

“Instead, the hierarchy following intonation and word meaning processing reported here and also in humans may reflect a more general, not speech-specific processing principle.”

“What our results really shed light on is that human speech processing may also follow this more basic, more general hierarchy.”

The study is  published in the journal Scientific Reports.