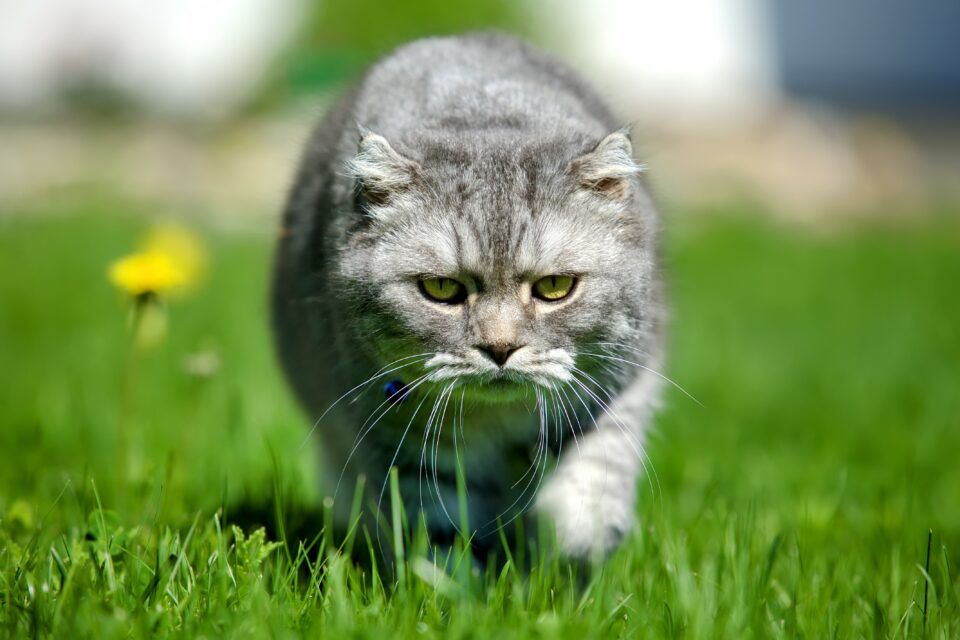 Domestic cats kill hundreds of millions of animals each year

Domestic cats are responsible for deaths of up to 270 million wild animals every year, and that is just in Britain, according to a new study published in the journal Landscape and Urban Planning. The experts report that cats living next to natural areas have larger home ranges, and prey on wildlife in nearby natural habitats.

For the investigation, the researchers tracked the amount of prey captured by 79 domestic cats living across Berkshire and Hampshire. They compared the predation rates of cats in urban and suburban areas. The study revealed that cats living near natural areas killed more than twice as many animals.

The experts say that the domestic cat is “a predator of global significance.” They suggest that restricting cat access is needed in areas where sensitive wildlife is found.

The researchers estimate that domestic cats living on the boundary of natural areas are responsible for about 34 deaths each year. Suburban cats, on the other hand, kill an average of 15 animals during the same time frame.

The experts discovered that urban and suburban cats killed similar numbers of birds, but those on the boundary of green spaces killed more mammals. In urban areas, blackbirds were the most common targets, while domestic cats in natural areas killed more robins.

“Just the presence of a predator can cause wildlife to change their behavior either reducing feeding through heightened vigilance or staying away from a nest leaving it exposed, for example,” said Dr. Pirie.

‘This can reduce the survival of both adults and offspring. Cats can also carry diseases such as [parasite] Toxoplasma gondii which can be transmitted to wildlife, again reducing their survival rate.”

Dr. Rebecca Thomas from Royal Holloway explained that cats are a non-native species that can reach incredibly high densities. The team estimates that there are about 9.5 million pet cats in Britain alone.