Pink or brown? ‘The Dress’ debate returns, this time over snail shells • Earth.com 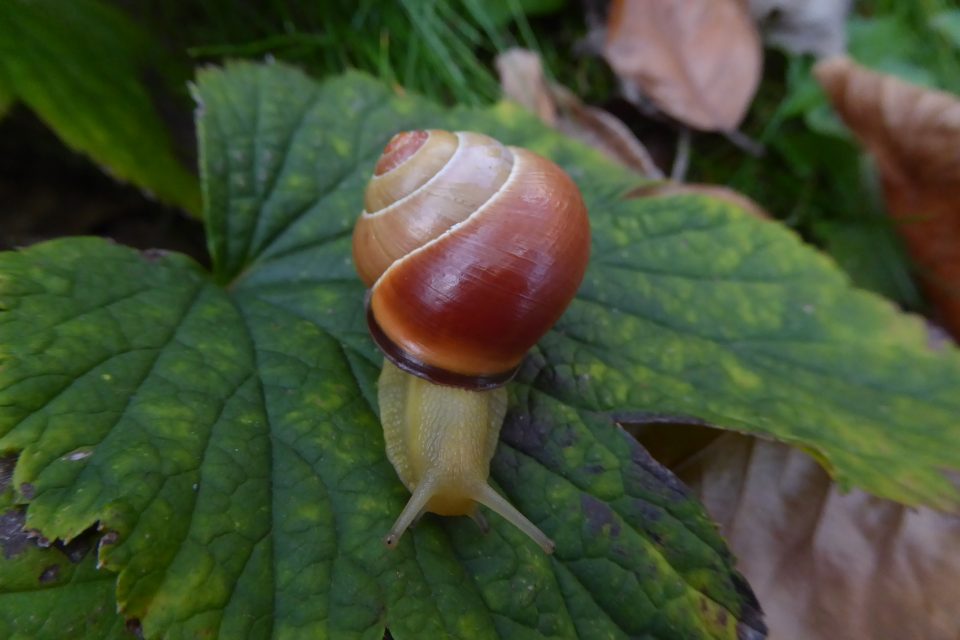 Pink or brown? ‘The Dress’ debate returns, this time over snail shells

You may remember the great public debate surrounding the photograph of a dress that quickly became a viral sensation in 2015 after the public could not agree on its color.

Was it blue with black stripes or white with gold stripes? The two color schemes were so different that the internet exploded when it became clear that so many people perceived the same image so differently.

Now, a new study of colorful snail shells has once again revealed that people see and categorize some colors differently.

Researchers from the University of Nottingham first categorized analyzed the color of Cepaea nemoralis (grove snail) shells and then measured the shells using a spectrometer to see if there were differences in the way people saw the color of shells.

The study was published in the journal Heredity, and the researchers explain how the ability to accurately identify and categorize colors is crucial to how we classify species and to our understanding of evolution.

Grove snails are common across Europe, and their shells can be yellow, brown, and pink. The color of the shell may have evolved in response to the snail’s preferred habitat or to evade predators.

If there are documented color changes that have evolved in a species, like if a grove snail’s shell changed color, researchers can work understand what environmental factors prompted the change.

However, it’s important to know what color that snail’s shell is in the first place.  If researchers studying the snails see different colors, it represents of a problem in classifying them.

“The shell patterns and colour are hugely variable – almost like a snail fingerprint. As scientists, to ensure the accuracy of our studies and the subsequent interpretation, it is important that we have a reproducible measure of colour,” said Angus Davison, the leader of the study. “The problem is that there are obvious differences in how humans perceive and categorise their colour, making it very difficult to compare the different types.”

For the study, Davison and a Ph.D. student categorized grove snail shell colors by eye. The snail shells were then measured with a spectrometer which measured the light that reflects off the shell to accurately identify the color of the shell.

Yellow snail shells were accurately identified by eye and matched the yellow shells measured by the spectrometer. But the researchers found that humans struggled to agree on the color of brown or pink shells.

Now, the researchers have a better understanding of how people process and label colors which going forward could help with future studies examining color and evolution.