Beer before liquor? Quantity, not drinking order, gets you hungover • Earth.com 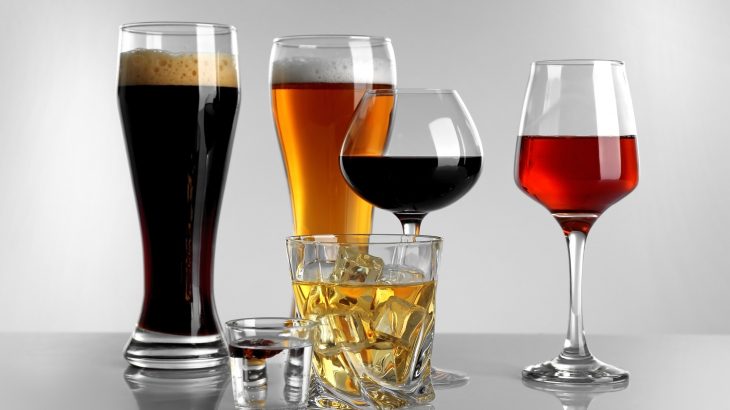 Beer before liquor? Quantity, not drinking order, gets you hungover

“Beer before liquor, never been sicker” but “beer before wine and you’ll feel fine” have long been catchy sayings offering caution to the order of drinking different types of alcohol.

Whichever way the saying goes, a new study has found that no matter how you strategize the order of your drinks, you’ll still get a hangover.

A bad hangover is more than just an unpleasant side-effect of drinking too much, and hangovers can make people sick, sensitive to light and sounds, anxious, and decrease performance at work or school.

Hangovers occur when blood-alcohol levels decrease and return to zero. While everyone seems to have their own tried and true hangover remedy, people also spout old folk sayings as a way to prevent a severe hangover episode the morning after a night of drinking.

These sayings aren’t just specific to the  English language, and other countries like France and Germany have their own old sayings when it comes to what someone should drink and the best order to drink in.  Even though there is little evidence to prove these claims, they remain popular aphorisms that have stood the test of time.

Researchers from the Witten/Herdecke University in Germany and the University of Cambridge conducted a study to put the matter to rest once and for all and to see there was any truth to these folk sayings.

The results of the study were published in the journal American Journal of Clinical Nutrition.

For the study, the researchers recruited 90 volunteers between the ages of 19 and 40, and participants were split into three groups. One group drank two and a half pints of beer followed by four large glasses of wine. The members of the second drank the same quantities as the first group but in the opposite order. The third group was allowed only to drink wine or beer but never mix the two.

A week later, the researchers switched up the drinking order of the groups which allowed both the researchers and the participants themselves to better assess if drinking different beverages impacts hangover severity.

The participants recorded their level of drunkenness at the end of each session, and the next day the researchers asked the participants to rather their hangovers on a scale of 0 to 56.

None of the participants had a comparatively worse hangover, and all hangovers were rated generally the same. The researchers also couldn’t find any determining factors like age, sex, body weight, or drinking habits that predicted hangover intensity.

“Using white wine and lager beer, we didn’t find any truth in the idea that drinking beer before wine gives you a milder hangover than the other way around,” said Jöran Köchling the first author of the study. “The truth is that drinking too much of any alcoholic drink is likely to result in a hangover. The only reliable way of predicting how miserable you’ll feel the next day is by how drunk you feel and whether you are sick. We should all pay attention to these red flags when drinking.”