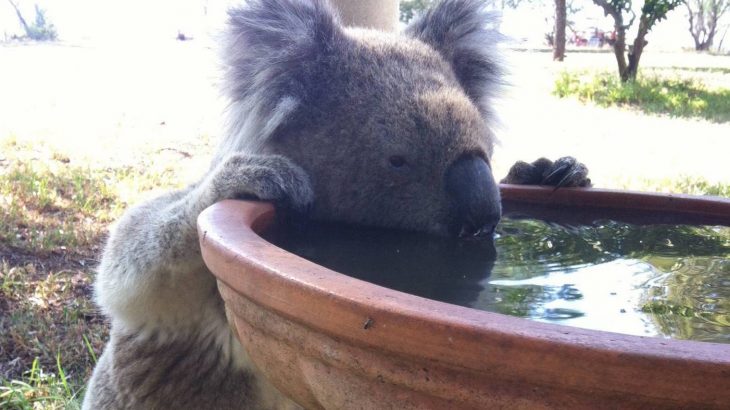 According to a new study, drinking stations for koalas could be key to their survival, especially amidst hotter and drier conditions.

It was long thought that koala bears, one of Australia’s most iconic native animals, don’t drink much water because their leafy diet provides the hydration they need.

However, as temperatures increase and Australia’s record-breaking summer heat waves take their toll on both the koala and its habitat, researchers from the University of Sydney found that koalas will seek out and drink from water stations.

If koalas get their water from leaves, you might think that the easiest answer for the furry marsupial to stay hydrated would be to eat more. But koala diets are unique in that toxins in the leaves prevent koalas from eating more to compensate for thirst.

Add climate change to the mix and koalas could soon be threatened with extinction. Koala populations along the east coast of Australia have been declining due to disease, habitat loss, and human activity.

The Australian Koala Foundation released a statement last month reporting that there were only 80,000 koalas left in the country.

“It is predicted that increased CO2 emissions will increase the level of phenolics and tannins in eucalyptus leaves,” said Dr. Valentina Mella from the University of Sydney. “This means koalas will need alternative strategies to find water – and’  that’s where we can help with drinking stations.”

Mella and a team of colleagues set up water stations in Western New South Wales, where a heat wave wiped out 25 percent of the local koala population in 2009. The team wanted to see if providing an artificial secondary water source could help vulnerable marsupials stay hydrated.

“We weren’t sure if the water stations could be used to mitigate the impact of extreme weather events,” said Mella. “But our results clearly show koalas will regularly use these stations to supplement their water needs.”

Over several years, Mella and her team monitored ten pairs of water stations, and in 12 months the researchers recorded 401 visits where the koalas drank from the water stations. 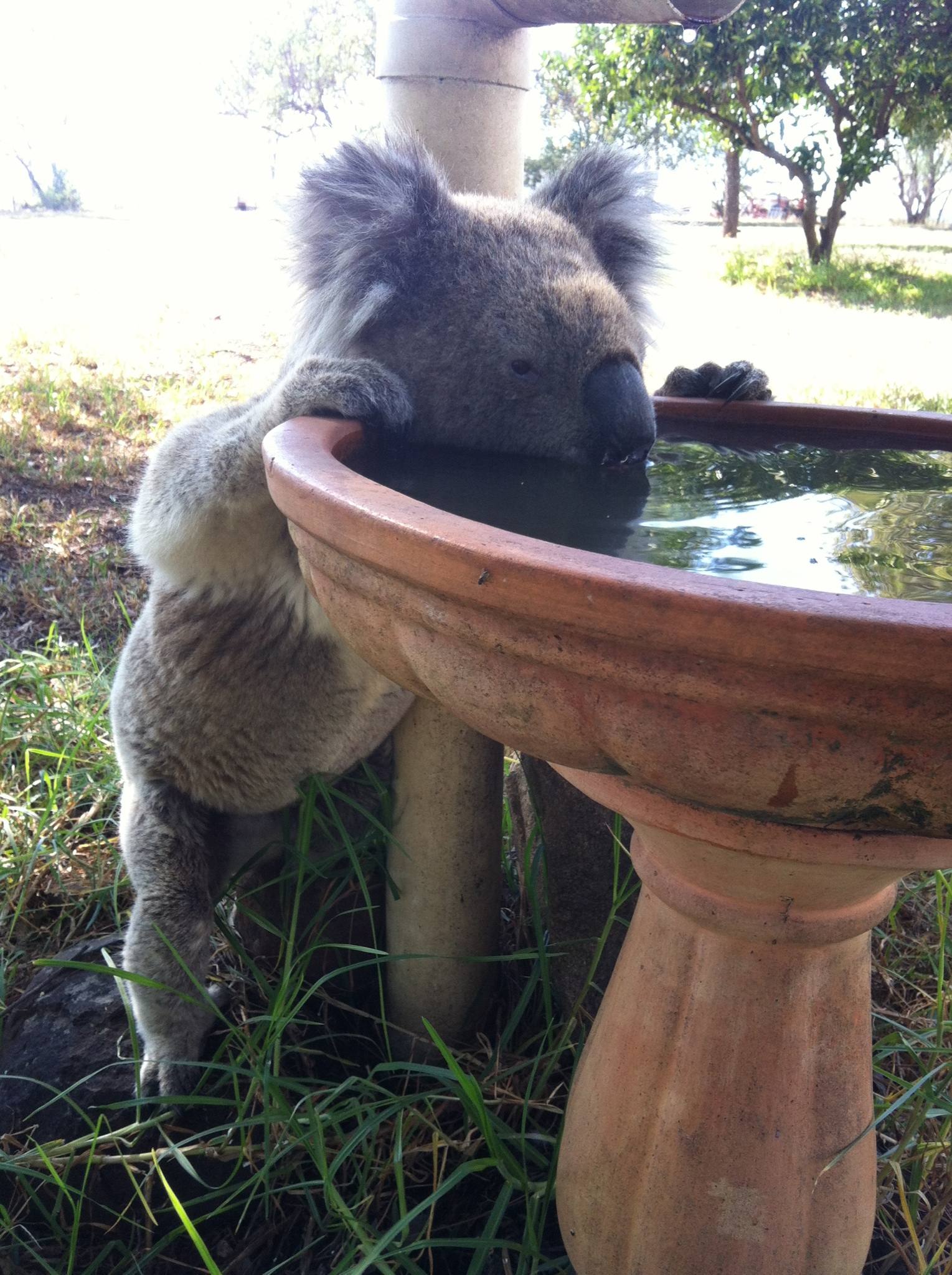 A Koala bear drinking from a birdbath. Image Credit: University of Sydney

The number of visits to the stations doubled during the summer months, showing that water stations provide a crucial lifeline for the koalas.

“Drinking stations could help koalas during heat and drought events and might help mitigate the effects of climate change,” said Mella. “Frequent access to water may be fundamental for koalas to assist thermoregulation when temperatures are high.”

Not only could drinking stations help thirsty koalas, but the researchers say that other animals like sloths, lemurs, and possums could benefit from artificial drinking spots.

Now, water stations are being regularly used as a conservation and management strategy for koalas, and the researchers say that future studies are needed to ensure that water stations are effective and beneficial over the long-term.

The researchers published their findings in a new study in the journal PLOS ONE.