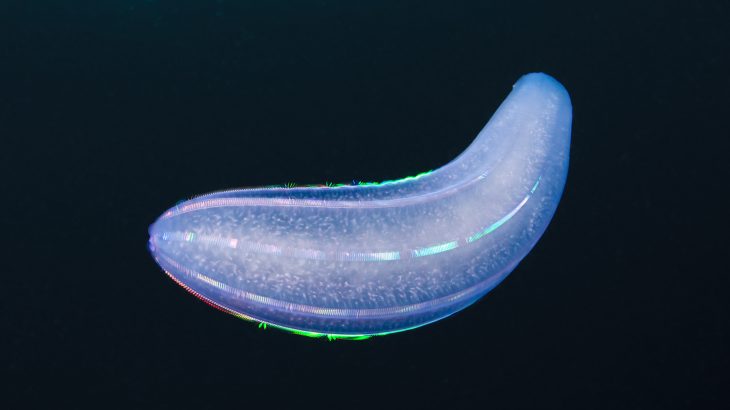 A report from New Scientist has revealed that a previously unknown animal was discovered in China among 600-million-year-old rocks. The unnamed creature dates back further than Dickinsonia, a mysterious organism that was named Earth’s oldest animal just last year.

Discovered by Professor Zhenbing She of the China University of Geosciences, the animal precedes Dickinsonia by more than 40 million years. Dickinsonia was described from pancake-shaped fossils that date back to the Ediacaran period around 558 million years ago.

While all of the primitive Ediacaran creatures vanished 541 million years ago, the newly discovered animal is believed to be related to modern-day comb jellies.

“The origin and earliest evolution of animals is a fascinating question that has puzzled scientists for many decades,” said Professor She.

According to New Scientist, the fossils were found in a drill core from the Doushantuo Formation in southern China. The fossils stood out to Professor She and his team because they were shaped like a jellyfish.

Under the microscope, the scientists saw what appeared to be muscle tissue, tentacles, nerve cells, mucous layers, gonads, and cilia.

Professor She announced his findings at the Geological Society meeting in London last week, where he said that the features of the new animal are very similar to those of the comb jelly phylum Ctenophora.

Professor She explained that the cilia clusters look like structures called ctenes that are used by comb jellies to swim. He also pointed out that the fossils most closely resemble the living genus of comb jellies known as Pleurobrachia, or sea gooseberries.

“It was a very interesting talk – it seems like they have some very interesting biological creatures preserved,” Emily Mitchell from the University of Cambridge, who attended the conference, told New Scientist. “If these fossils are comb jellies, they may have been part of a surprisingly complex ecosystem.”

The full, exclusive report from New Scientist can be found here.