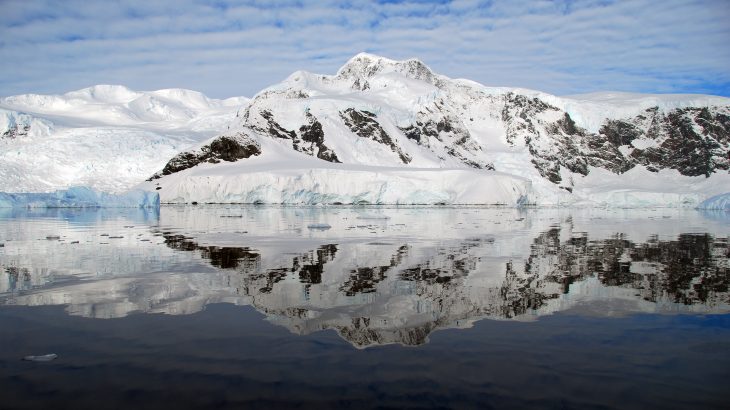 By drilling more than 3,500 feet into the Antarctic ice sheet, scientists were given a rare opportunity to collect samples of the liquid water below. The experts discovered that the water contains surprisingly high concentrations of important, life-sustaining elements such as iron, manganese, and zinc.

“For a long time it was assumed that in the icy regions of the earth trace elements are present in such miniscule quantities that they are of little importance for global elemental cycles,” said study co-author Jon Hawkings of Florida State University. “On the contrary, our results show that ice sheets may play a key role in regional mobilization of these elements. The impacts of this need to be further monitored and analyzed in the context of climate change. We have now laid a baseline for this.”

“The data from an Antarctic lake is particularly exciting. Most people tend to think of Antarctica as just ice, but we’ve known about these lakes underneath the glaciers in Antarctica for 40 years and over 400 of them have currently been identified. Some scientists refer to the subglacial environment in Antarctica as the world’s largest wetland. The challenge for scientists is it’s just extremely difficult to sample them.”

The ice sheets in Antarctica and Greenland cover about 10 percent of the Earth’s land surface, and rising temperatures are transforming these polar environments. Scientists need to predict how continued warming will affect critical geochemical processes in the future.

When the experts analyzed the water samples, they were specifically looking for trace elements – chemical elements that are present in extremely small amounts but are still essential to microscopic organisms.

“What we found is actually that ice sheets are seemingly more important to life processes than we originally thought,” said Professor Robert Spencer. “As big unknowns in our contemporary understanding of how our planet works are uncovered, it reminds us of how much there still is left to learn.”

“These trace elements are kind of like the vitamin tablet people take every day,” said Professor Spencer. “Although we only need small amounts of these materials, they are fundamental for the development of healthy ecosystems.”

The team investigated 17 different trace elements. Hawkings said that each element tells its own story and the researchers work like detectives to pull the data together and form a coherent overall narrative.

“We are interested in exploring the limits of life on Earth in terms of the availability of energy and nutrients, and this helps tell us part of that story. We are only just beginning to understand the importance of these large ice masses in this context,” said Hawkings.

“Hopefully our research also helps in starting to answer many important outstanding scientific questions, which include the influence of climate change: How will these biogeochemical cycles change if more ice melts? Will this release more and more trace elements or will these processes be slowed down? In addition, it is still open what happens to the substances on their way into the oceans and how much ultimately reaches marine organisms.”