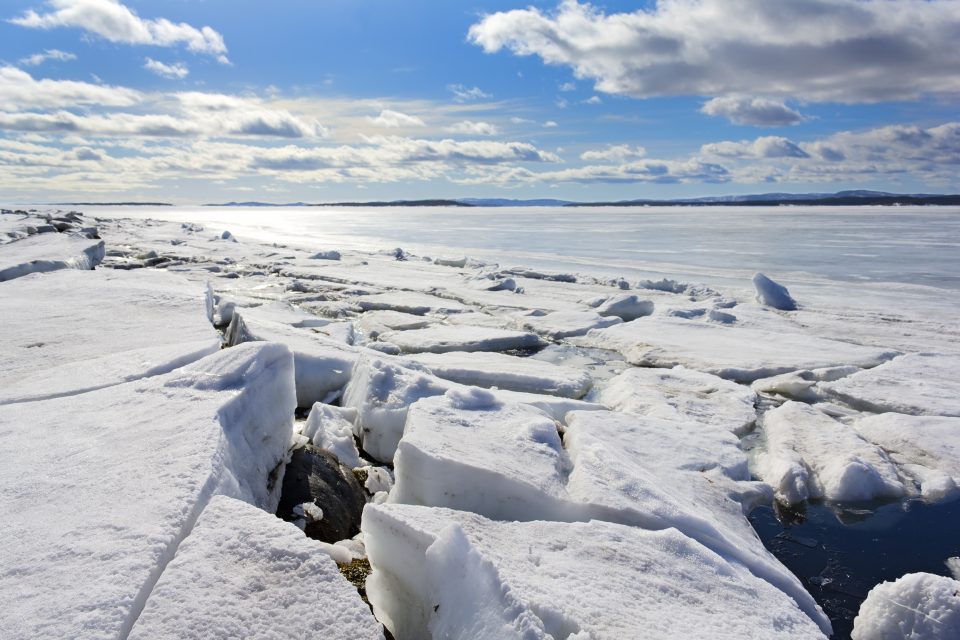 Microscopic marine algae known as phytoplankton play a more important role in the Arctic ecosystem than what was previously realized. In a study published by Frontiers, scientists have discovered new clues about the magnitude of phytoplankton blooms under Arctic sea ice.

Phytoplankton form the foundation of the marine food chain and help absorb CO2 from the atmosphere. Just like plants on land, these tiny organisms use photosynthesis to exploit solar energy and convert CO2 into glucose.

Until recently, scientists generally accepted that phytoplankton remained inactive in the winter and spring beneath Arctic sea ice. But now, a growing collection of research confirms the occurrence of under-ice blooms (UIBs) of phytoplankton.

“There was a long-standing assumption that what was happening under the sea ice in the water column was almost ‘on pause’ during the polar night and before seasonal sea ice retreat, which is apparently not the case,” said study lead author Dr. Mathieu Ardyna of Stanford University.

When scientists model the global carbon cycle, they must account for how much atmospheric carbon is being absorbed by phytoplankton. The discovery of UIBs is very significant because it indicates that phytoplankton are much more productive in the Arctic Ocean than what has been accounted for in carbon cycle modeling.

Over the past 30 years, the Arctic has warmed roughly twice as fast as the rest of the world. The impacts of climate change are most apparent in the decline of Arctic sea ice – this year’s ice cover dwindled down to the second lowest extent on record.

The thinning layer of sea ice allows more light to reach the phytoplankton, allowing them to become more productive. However, in a surprising twist, Dr. Ardyna’s team has discovered that the phenomenon of under-ice blooms occurred well before climate change affected Arctic sea ice.

“Digging up research that occurred from the ’50s and prior demonstrates that blooms, albeit not very large, were occurring under thick ice in the central Arctic,” explained Dr. Ardyna. “I think this fact surprised many of us, as models had suggested this was not the case.”

The study describes the variability in the frequency, magnitude, and the organisms involved in under-ice blooms across the Arctic Ocean. Some of those findings are based on expeditions that used autonomous floats, robotic gliders, and remotely operated submersible vehicles that were specifically focused on examining UIBs.

According to Dr. Ardyna, further observations to feed new computer models will be key to making more accurate predictions of how the Arctic carbon cycle will change in the future.

“So many questions remain unanswered about this critical period of spring, for many Arctic species, for their food or their life cycle. Given the remoteness of the Arctic, one way will definitely be to develop more and better autonomous platforms to give us valuable information.”