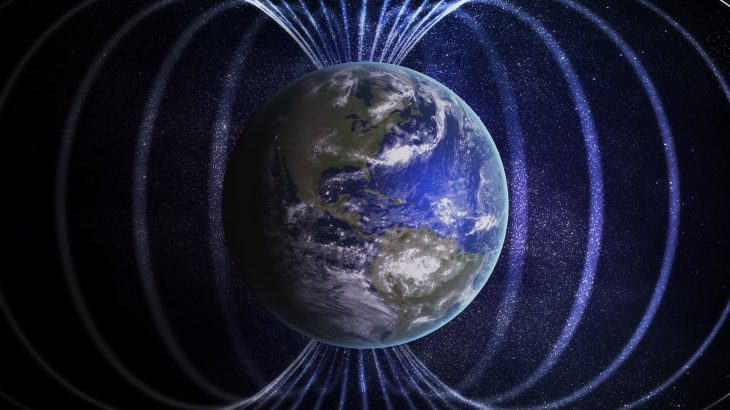 Geomagnetic jerks are unpredictable events that suddenly speed up changes in the Earth’s magnetic field, making its progression hard to predict over the long term. The magnetic jerks were first described in 1978, and geophysicists have been working for decades to understand their underlying forces.

Records of magnetic jerks date back as far as 1901, and a new event occurs about every 6 to 12 years. The strength of the activity is not consistent across the globe, which means  only certain regions may be impacted. In 1949, for example, a magnetic jerk was documented in North America that could not be detected in Europe.

Beyond protecting our planet from harmful ultraviolet radiation, the magnetic field affects numerous human activities including  the flight of low-altitude satellites. It is important for experts to be able to understand its behavior and predict its evolution.

Experts have theorized that the rapid hydromagnetic waves play a role in the geomagnetic jerks. However, the driving force behind rapid waves, and their interaction with slow convection, has been a mystery.

To investigate, Julien Aubert of the University of Paris  teamed up with Christopher Finlay of the Technical University of Denmark to develop a computer simulation that closely resembled the physical conditions of our core. The simulation required the equivalent of 4 million hours of calculation, which was achieved using a supercomputer.

The researchers were able to project the series of events that lead to geomagnetic jerks, which arise in the simulation from hydromagnetic waves emitted in the inner core. The jerks originate in rising blobs of metal that form in the planet’s core 25 years before the corresponding jerk takes place.

As the molten matter rises up to reach the outer surface of the Earth’s core, it produces powerful waves along the magnetic field lines near the core. The team explained that this results in “sharp changes” in the flow of liquid beneath the magnetic field.

According to the study authors, the jerks “represent a major obstacle to the prediction of geomagnetic field behavior for years to decades ahead.” However, the digital reproduction and comprehension of these jerks will help to improve these predictions.