How Earth’s surface temps correlate with how much heat it emits • Earth.com 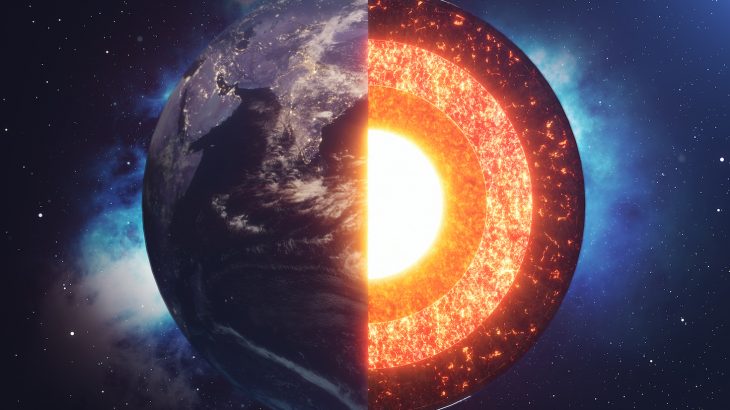 Global warming can in part be attributed to the greenhouse effect, where an increase in greenhouse gas emissions traps heat in the atmosphere and this heat warms the planet.

The Earth releases heat both from its surface and atmosphere, but researchers have observed a linear relationship between the Earth’s surface temperature and its outgoing heat despite the complex climate processes on Earth.

Researchers from the Massachusetts Institute of Technology (MIT) conducted a study to better understand this linear relationship and the results could help improve climate modeling and future projections for atmospheric CO2.

The results of the study were published in the journal Proceedings of the National Academy of Sciences.

As the Earth emits heat into space from its surface and atmosphere, the increase in greenhouse gas emissions traps the heat in the atmosphere because the air can hold more water vapor.

The researchers found that the water vapor feedback cancels the rate of heat emissions from the atmosphere, even though the atmosphere is holding more heat. This helps explain why the heat released from the Earth has maintained such a linear relationship.

For the study, the researchers developed a radiation code that showed how the Earth emits heat into space. Earth is visualized as a vertical column and the researchers were able to calculate the amount of radiation that escapes from the column thanks to the code.

Once they had the code developed, the researchers then tackled what processes were driving the release of radiation.

“So the radiation code gave us what Earth actually does,” said Daniel Koll, a co-author of the study. “Then I started digging into this code, which is a lump of physics smashed together, to see which of these physics is actually responsible for this relationship.”

The researchers programmed various climate components into the code such as convection, humidity and water vapor, increasing and decreasing the levels of each to see how it impacted heat release.

The team had to break down the entire spectrum of infrared radiation into 350,000 wavelengths to see which wavelengths were being absorbed by water.

Water vapor absorbs heat at certain wavelengths even though the Earth is getting hotter and more heat should be released.

“It’s like there’s a window, through which a river of radiation can flow to space,” said Koll. “The river flows faster and faster as you make things hotter, but the window gets smaller, because the greenhouse effect is trapping a lot of that radiation and preventing it from escaping.”

The researchers also found that the direct relationship between heat release, and if global surface temperatures go above 80 degrees Fahrenheit, it becomes harder and harder for the Earth to release heat at the same rate the surface is warming.

If the Earth’s surface temperature were to reach temperatures of 152 degrees, the planet would start to look an awful lot like Venus, something that global warming wouldn’t be able to cause on its own, according to the researchers.

The researchers say the results shed light on how the Earth releases heat and could help improve climate change models as well our understanding of the varied climates of ancient Earth.