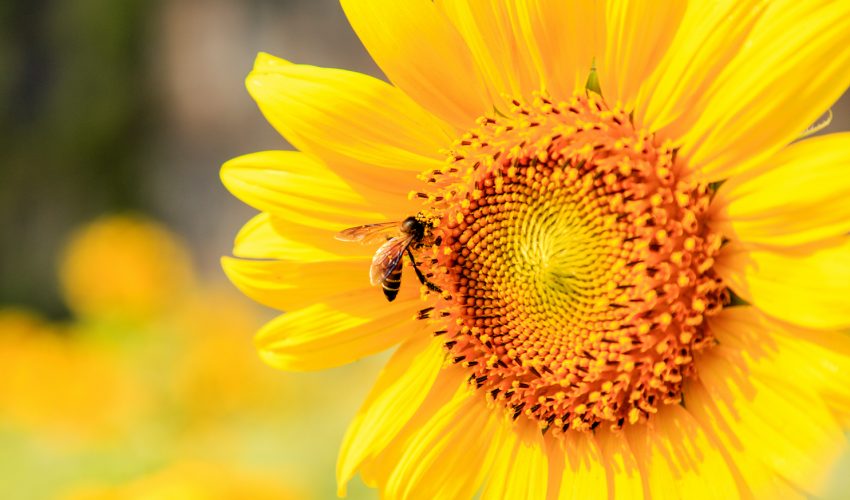 Scientists have long thought that mountain and savannah populations of East African honey bees are each distinct sub-species. The honey bees that live in the mountain forests of East Africa are much larger, darker, and less aggressive than savannah bees. They can also fly at lower temperatures and are able to conserve honey when flowers aren’t blooming.

However, a recent study of these different bee populations revealed information about their genomes that has surprised scientists. This comprehensive genome sequencing study of high-altitude honey bees in Kenya revealed new insights into their evolutionary history and the genetic basis of adaptation within these populations.

Researchers sequenced the genomes of 39 bees from two highland and two lowland populations in Kenya. Surprisingly, they found that the genomes of all the populations were actually quite similar, but two distinct regions on chromosomes 7 and 9 revealed consistent differences between high-altitude and low-altitude bees.

The segment on chromosome 7 is the location of receptor genes for octopamine, a neurotransmitter that is important for learning and foraging. Past studies have determined that octopamine plays a role as a signaling molecule in other insects that live in low temperatures and low oxygen conditions.

Researchers believe that having two different lineages diverge from this genetic distinction indicates that these variations have an ancient origin and may have existed in bee populations before they spread to their mountain and savannah habitats. The research team also found that the bee populations constantly interbred – due to the high degree of similarity in their genomes.

Martin Hasselman of the University of Hohenheim, Germany, explains, “…This phenomenon has never been documented in honey bees before. Our results should therefore spur further research into the role of supergenes in environmental adaptation. We are planning now to measure the distribution of these divergent segments in other geographic locations and to elucidate the functional link of these genes with behavior.”

More information on this study can be found in the journal PLOS Genetics.