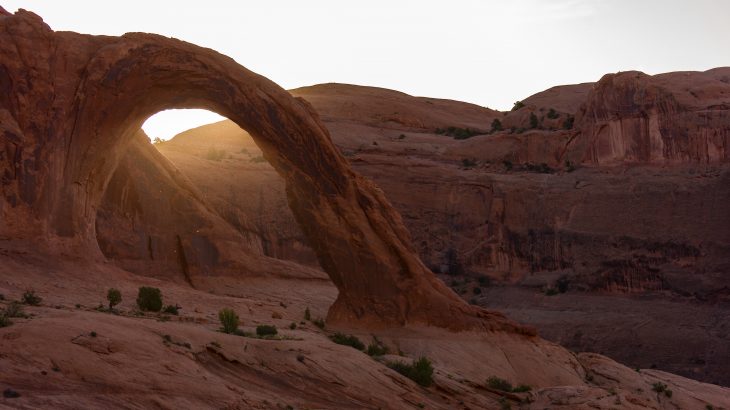 You can see it in places like Santa Fe, New Mexico, Moab, Utah, Telluride, Colorado, even in Hill City, South Dakota.  Slowly it seems, the wealthy are buying up the rugged west and costs for enjoying public lands climb lockstep with the alteration of that landscape for increased recreation.

I recently had dinner with a friend of mine who decades ago spent his summers during college living out of a van and working at a rock shop in Moab, Utah.  My friend tells me Moab has changed so much and not for the better, to the degree he can’t visit the town anymore; it’s too sad. Moab is the poster child for a type of change that threatens to engulf the entire western US.  Once a small, quirky town full of working class people and outdoor bums, Moab has become a destination, a tourism mecca. The sad irony is that people like John Muir or Ed Abbey, promoting the natural beauty of places they loved have drawn in tourists that have overrun once lonely places.  As my friend told me, eventually people stop coming to a place because they love it and people start coming simply because it’s the place to be.

In his book, The Man Who Quit Money, Mark Sundeen nicely summarizes the historic feel of Moab, Utah and a way of living that has attracted many to the western US over the years:

“In 1897 – the same year builders broke ground on that icon of modernity, the Eiffel Tower – Moab still had no road or railway service, and the only way to cross the Colorado River into town was by ferry…A graded road and river bridge did not arrive until 1912…Moab has always had a reflexively anti-authoritarian bent.  People came here to do whatever the Hell they wanted. When in 1878 a settler named Arthur Barney crossed the Colorado where Moab now sits, he and his men found a sign on the bank reading NO CAMPING ALLOWED. In excellent Moab form, they threw the sign in the river and crossed.”

Things in Moab and throughout the west are changing though.  Ranching, mining, logging and other extraction industries in the western US are slowly being replaced by outdoor recreation and service industries, a shift fraught with unintentional consequences.

On Patagonia’s blog The Cleanest Line, the company states that outdoor recreation annually drives $12 billion in spending and supports 122,000 jobs in Utah alone (as of January 2017).  According to an article in The Salt Lake Tribune, the outdoor industry supported 110,000 jobs in 2016, more than double the 32,000 mining jobs or 18,000 energy jobs.  According to a Utah Department of Agriculture and Food report for 2017, agriculture production and processing employed 79,000 people that year.  In 2017, Deseret News reported that tourism in Utah grew 12% from 2011 to 2015.   These numbers are striking when considering a western state like Utah that has traditionally been defined by ‘natural resources’ and hardworking blue collar types.

According to Utah Business, Utah is projected to double its population by 2065.  Tourism seems to be a new major player in the economics of the west, one that’s here to stay.  New West says:

Zion isn’t alone either; visiting Arches National Park on an average day makes it clear that much of what Ed Abbey feared in visitation has come to pass.  The master plan is complete. Roads are paved and packed with SUVs. On one hike, my fiance Erin and I were baffled to watch a tourist offer a chipmunk scurrying across slick rock water and proclaim, “Stupid chipmunk” when the small mammal didn’t drink.  Small puddles were already nearby.

It seems from my perspective that the majority of visitors to Arches or Zion aren’t making a real connection to the land.  A ranger in the Grand Canyon once told me about rescuing a woman who walked for miles into the canyon in high heeled shoes.  What brings a person like that to the Grand Canyon? Perhaps clever marketing.

In Utah, the Office of Tourism seems to have focused its marketing on national parks.  The focus on the outdoors makes sense for Utah, it’s the main attraction on hand for tourism.  The Mighty Five ad campaign is one I remember seeing on TV a couple years ago, it’s an a campaign focusing on Utah’s five national parks.  Beyond the Mighty Five, Utah has six National Monuments, some of which are absolutely as spectacular as the National Parks.  There are also four National Historic Trails passing through Utah and there is one National Historic Site and one National Recreation area.

The eastern US is much less dominated by federal land than the west.  Take Vermont for instance, the state only has one National Historical Park and one National Scenic Trail passing through it.  The National Park Service claims 48,945 visitors to Vermont’s park. Maine has a bit more public land with a National Park, a National Monument, an International Park and an International Historic Site.  Compared to Arizona though, Maine attracts less than one quarter of the visitors to its parks and less than half that of Washington state with 3,430,164 visitors.

The land of the eastern US was quickly developed and much was already lost when parks, monuments and national forests started popping up across the US.  Preservation has naturally favored places where a good amount of unspoiled land was left; places like Utah, Montana or Alaska. According to a 2016 New York Times report, the federal government owns 47% of western land.  According to summitpost.org, 95.8% of Alaska is public land but not all of that land is Federal.  Listed in order of highest to lowest percentage of public lands, the first twelve states are all western, with New York ranking as number 13 with 37.1% of its land being public.  In the case of New York, a large portion of its public land is state land. Only 0.3% of New York is federal land according to ballotopedia.org.

It’s clear that federal public lands, including national parks and national forests, are part of what defines western landscape and culture, making it different than the eastern US.  What isn’t clear is what this will mean going forward. The reason why so many national parks and forests were able to be created in the western US is largely due to an accident in demographics.  The US was colonized by Europeans and other settlers starting on the east coast going west. The movement from east to west meant a less densely populated western US when parks and forests started to get set aside, meaning there was more undeveloped land to create parks with in the west.

When it comes to national forests, the pattern of east to west development and private land ownership becomes even more obvious.  54% of land inside eastern National Forest boundaries is actually national forest land, according to Andy Kerr’s Public Land Blog.  Much of this privately owned land was already owned by private logging companies in the east, while a much smaller percentage was owned in western states.

Although the preservation of much of the west is predicated on smaller western populations, there has been a growing trend to promote tourism to parks, forests, deserts, landscapes that need continued protection.  Undoubtedly seeing parks makes you care about them more but not all park experiences are equal.

Infrastructure in parks is starting to crumble. Yes Magazine, stating an oft recognized problem, writes that National Park’s transportation expenses require about $970 million annually, but in 2016 only received $240 million.  The backlog on infrastructure repairs remains today as well, a big reason parks have started to raise fees.

The popularity of parks is directly contributing to the infrastructure problem and people who drive over roads in large RVs are causing the problem more than backpackers in relatively light cars but probably won’t shoulder more of the burden.  By encouraging more visitation, we’ve caused more problems in parks, problems of congestion, of degradation of both natural environment and infrastructure. With infrastructure also comes of course, less of what people go to parks to see; more asphalt and less grass, rock, trees.

Outside of parks, western cities become more crowded as well.  I’ve driven through mountain towns that now have special routes for people driving ATVs through towns.  Dirt roads are more crowded with ATVs, dirt bikes and SUVs as well, places where mountain bikes were once common are now too dusty to easily ride.  Land prices climb in the most beautiful areas of the west. It becomes increasingly unclear whether the tough working classes who built communities in the west or the Native Americans who’ve often been forced onto marginal lands have a future here.  Campgrounds that were once free are now charging and visits to grocery stores in many tourism driven western towns can induce sticker shock to most.

With the changing western landscape, environmentalists, especially those in the west should start asking if they’ve made a mistake.  By asking people to visit the west have we simply traded the problems of the extraction industry for new problems caused by industrial tourism?  By focusing on financial benefits of parks are businesses like Patagonia selling out the environment?