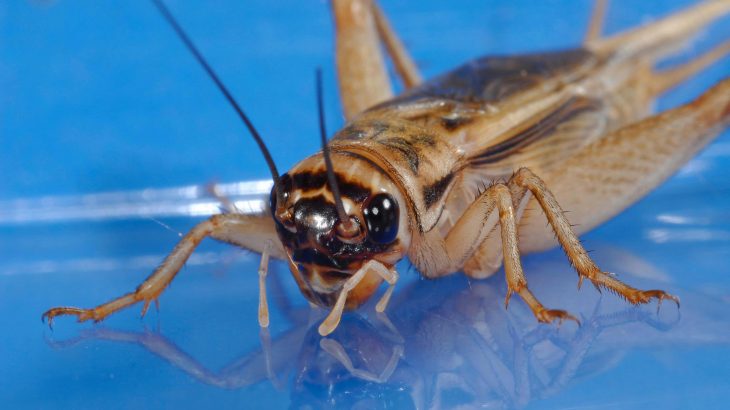 Edible insects set to become an $8 billion industry in the next few years. A growing collection of research has shown that insects have enormous potential to provide protein and other important nutrients as a sustainable food source. Identifying alternative protein sources is more important now than ever before, as the global food supply faces the challenge of feeding a booming human population while also being severely threatened by climate change.

Researchers and industry leaders are exploring the use of insects for both human consumption and as feed for livestock. Some regions of the world have embraced the idea of edible insects for a long time, while other regions are coming around more slowly.

The latest studies on insect agriculture have been published in a new issue of the Annals of the Entomological Society of America. Dr. Jeffery Tomberlin is a professor of Entomology at Texas A&M University who specializes in the study of black soldier flies. He also served as co-lead editor for the journal’s special research collection, which highlights the diversity of the entomophagy movement.

“I am thrilled to see the development of this new sector in agriculture,” said Dr. Tomberlin says. “While the industry is less than 20 years old as related to mass production, its value is expected to exceed $8 billion within the next few years. In fact, I would not be surprised to see the industry increase in value beyond $50-100 billion by 2050. I truly believe this industry will not only bolster the global ag sector but also protect the environment while creating jobs and saving lives.”

In one of the featured studies, “The Cultural Importance of Edible Insects in Oaxaca, Mexico,” a team of experts from San Diego State University traveled to rural and urban areas of Oaxaca to investigate various edible insect practices.

“In rural communities where access to other animal-based foods has been limited, insects provided important nutritional value that today also translates into important economic value,” wrote the researchers.

“Community members know the habits of the insects and are skilled at collecting them using sophisticated techniques.”

The study authors found that the importance of edible insects in Oaxacan cuisine “cannot be overestimated.”

“Chapulines, chicatanas, and maguey worms are key ingredients in many spice mixes, salsas, and mole sauces. Cochineal is used as a food colorant. These insects are also found in a variety of foods, both sweet and savory, including omelets, tamales, quesadillas, chocolate truffles, and sorbets. As evidenced by the culinary uses of insects in Oaxaca, there is substantial potential for edible insects to become a delicacy in Western cultures.”

The special collection published in the Annals of the Entomological Society of America is called “Insects as Food and Feed.”