Edible insects! Grasshoppers and crickets found to be rich in antioxidants • Earth.com 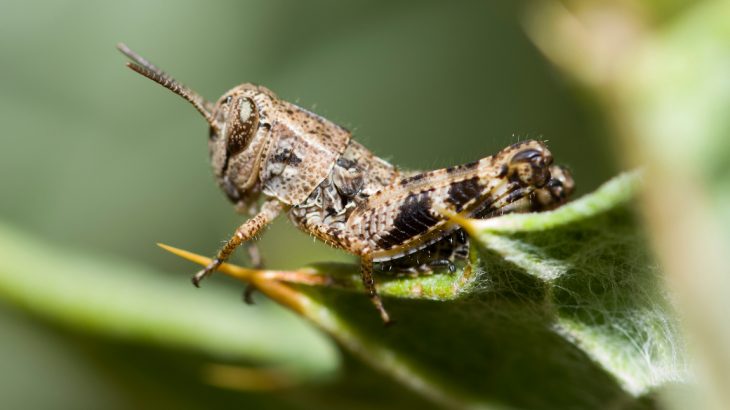 Edible insects! Grasshoppers and crickets found to be rich in antioxidants

Compared with livestock, insects have a tiny carbon footprint, and learning about their nutritional value may encourage people to eat this sustainable alternative to meat. The key message from the researchers is that edible insects like grasshoppers and silkworms are a rich source of antioxidants.

“At least 2 billion people – a quarter of the world’s population – regularly eat insects,” said study lead author Professor Mauro Serafini. “The rest of us will need a bit more encouragement.”

According to Professor Serafini, providing selfish and immediate incentives could help consumers to make the environmentally friendly choice. While taste and image are the most appealing aspects of food, health is also an incentive for many people to try new food products.

“Edible insects are an excellent source of protein, polyunsaturated fatty acids, minerals, vitamins and fiber. But until now, nobody had compared them with classical functional foods such as olive oil or orange juice in terms of antioxidant activity,” explained Professor Serafini. 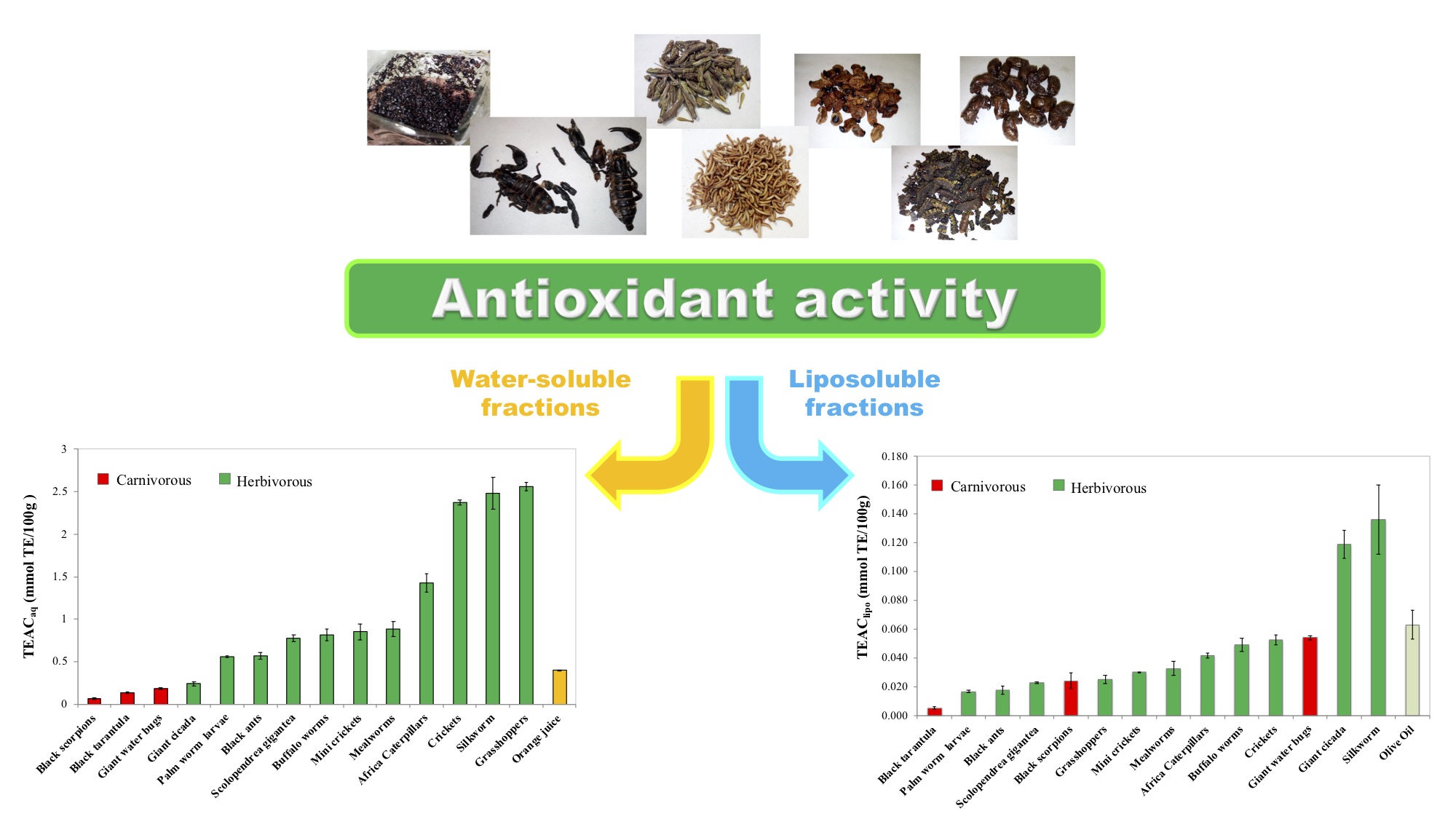 The researchers tested a range of edible insects and invertebrates, using various techniques to measure antioxidant activity. Inedible components, such as the wings, were removed before the insects were ground up. For each species, both the fat and anything that would dissolve in water were extracted and tested for antioxidant content and activity.

“For perspective, using the same setup we tested the antioxidant capacity of fresh orange juice and olive oil – functional foods that are known to exert antioxidant effects in humans,” said Professor Serafini.

The water-soluble extracts of grasshoppers, silkworms, and crickets had the highest values of antioxidant capacity. On the other hand, giant cicada, giant water bugs, black tarantula, and black scorpions showed negligible values.

At the same dilution of 88 percent water, grasshoppers and silkworms would have about 75 percent of the antioxidant activity of OJ. “There’s a clear trend: the vegetarians have markedly higher antioxidant capacity,” said Serafini.

“Fat from giant cicadas and silkworms showed twice the antioxidant activity of olive oil, while black tarantula, palm worm and black ants are placed in the bottom of the ranking.”

“A high content of antioxidant in the food matrix is a primary requisite for a first screening of antioxidant potentiality of novel foods, so these are promising results.”