Insects may be the food of the future if we can learn to stomach them • Earth.com 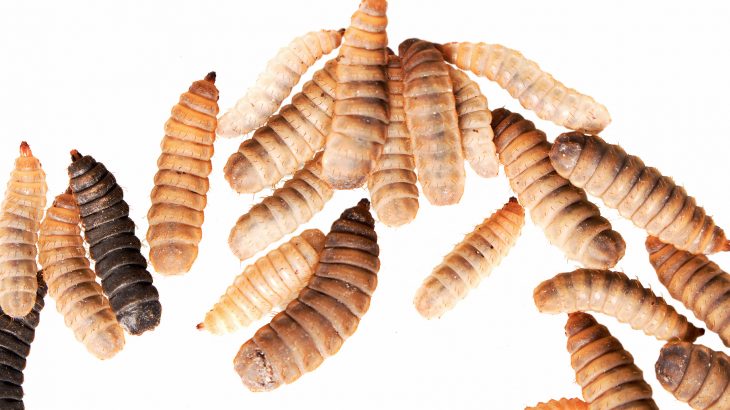 In an effort to find solutions to projected food shortages due to climate change and population growth, researchers from the University of Queensland are turning to insects like flies and maggots in the hopes of finding more sustainable protein alternatives.

Although insects are commonly eaten in many countries across Africa, Asia, and Latin America, for many people, the idea of incorporating bugs into their diets is an unsavory one.

However, at the rate of population growth, increasing food demands, and the tolls that meat processing and livestock put on the environment, it’s not a matter of if but when food demands will lead to shortages.

“An overpopulated world is going to struggle to find enough protein unless people are willing to open their minds, and stomachs, to a much broader notion of food,” said Dr. Louwrens Hoffman, who is working to develop specialty foods with insects. “Would you eat a commercial sausage made from maggots? What about other insect larvae and even whole insects like locusts? The biggest potential for sustainable protein production lies with insects and new plant sources.”

Hoffman and his team are working to develop processed foods using insects as an ingredient to help overcome people’s aversion to eating insects. So far, the team has come up with ice cream and sausages made from black soldier fly larvae.

The black soldier larvae could also be incorporated into chicken products, and the researchers found that chicken products made with 15 percent larva meal still cook, taste and feel like the real deal.

Livestock and meat processing have some of the biggest environmental impacts, and the cattle industry emits massive quantities of greenhouse gasses, and particularly methane, into the atmosphere. A single cow can release as much as 30 to 50 gallons of methane per day.

Cattle and chicken farms also require tons of grains and water, which could strain water and agricultural resources in the future. One 2015 report found that it takes 1,800 gallons to produce just one pound of beef.

“Poultry is a massive industry worldwide, and the industry is under pressure to find alternative proteins that are more sustainable, ethical and green than the grain crops currently being used,” said Hoffman.

Other companies are turning to different methods like lab-grown protein alternatives and even lab-grown meat, but insects represent a widely abundant and little utilized source of nutrients and protein that could soon be a necessary addition to diets worldwide.