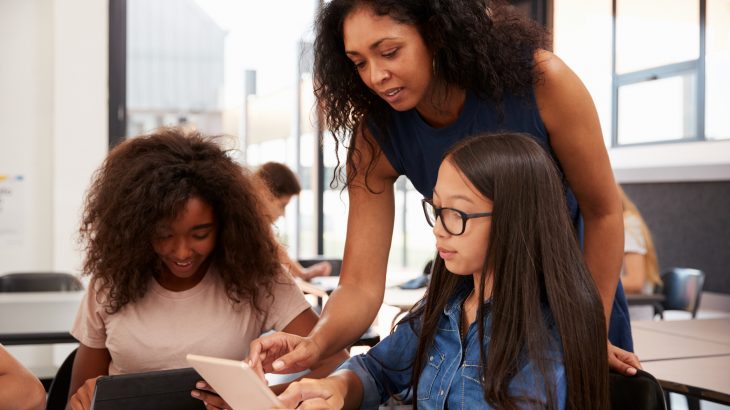 Researchers at North Carolina State University have found that educating children about climate change can increase the awareness and concern of their parents regarding the issue.

“There’s a robust body of work showing that kids can influence their parents’ behavior and positions on environmental and social issues, but this is the first experimental study demonstrating that climate education for children promotes parental concern about climate change,” said study lead author and PhD student Danielle Lawson.

The researchers worked with middle school science teachers to incorporate a lesson on climate change into their classrooms. Prior to the new curriculum, 238 students and 292 parents were surveyed on their concerns about climate change.

The students were divided into two groups, including a control group that did not receive the lesson on climate change. After the curriculum was presented to the second group, all of the parents and students completed the same survey again.

“We found that there was an increase in climate concern for both the experimental and control groups, but that the shift was much more pronounced in families where children were taught the curriculum,” said Lawson.

“This study tells us that we can educate children about climate change and they’re willing to learn, which is exciting because studies find that many adults are resistant to climate education, because it runs counter to their personal identities,” said Lawson. “It also highlights that children share that information with their parents, particularly if they’re given tools to facilitate communication – and that parents are willing to listen.”

“To be clear, climate change education is about giving people a good foundation in climate science and cultivating critical thinking skills,” added study co-author Kathryn Stevenson. “This is about education, not activism, and children are great educators. They seem to help people critically consider ways in which being concerned about climate change may be in line with their values.”