Emperor penguin colonies are collapsing due to climate change • Earth.com 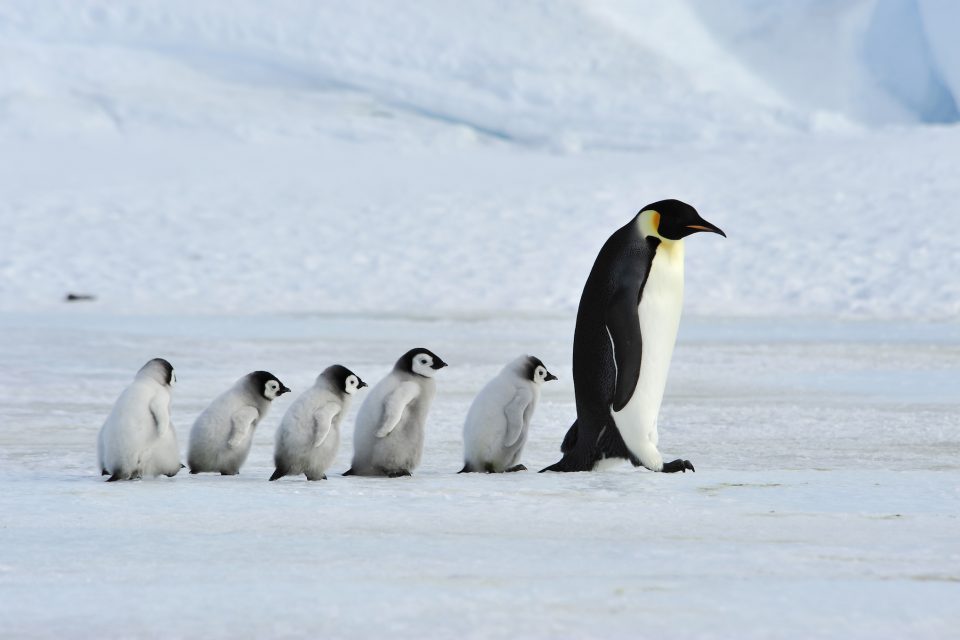 Emperor penguin colonies are collapsing due to climate change

Emperor penguin colonies across the Antarctic are collapsing due to climate change, and yet the regal and beloved birds are still not protected under the U.S. Endangered Species Act.

Without protections, the emperor penguin will continue it’s a steady slide toward potential extinction as climate change is breaking up Antarctic sea ice and making the penguin’s coastal breeding grounds uninhabitable.

One recent study found that the world’s second-largest emperor penguin colony at Halle Bay in the Weddell Sea has experienced catastrophic breeding failure. Over the past three years, penguin parents have lost their chicks due to early breakups of sea ice.

The study was conducted by researchers from the British Antarctic Survey and published in the journal Antarctic Science.

The researchers analyzed high-resolution satellite imagery and found that in the past three years, the colony’s once stable breeding grounds broke up before any chicks had fledged.

In 2016, more than 10,000 chicks drowned due to the sea ice breaking up before the birds were able to swim.

The rate of breeding failure is unprecedented for the Halley Bay colony, but other emperor penguin populations are suffering similar declines.

The penguin colony featured in the hit film March of the Penguins has declined more than 50 percent, and the colony on Dion Island has completely disappeared.

In response to these catastrophic declines, the Center for Biological Diversity has filed a notice of intent to sue the Trump administration for failing to grant the emperor penguin Endangered Species Act protection.

In 2006, a petition filed by the Center for Biological Diversity resulted in the protection of seven penguin species, but the emperor penguin has yet to be listed.

“Emperor penguins have needed protection for a long time, but Trump’s fossil-fuel-first agenda has dialed up the urgency,” said Shaye Wolf, climate science director of the Center. “Chicks are drowning as climate change melts their habitat. Further delay in slashing carbon pollution could wipe out one of our planet’s most amazing birds.”

By Kay Vandette, Earth.com Staff Writer
Paid for by Earth.com