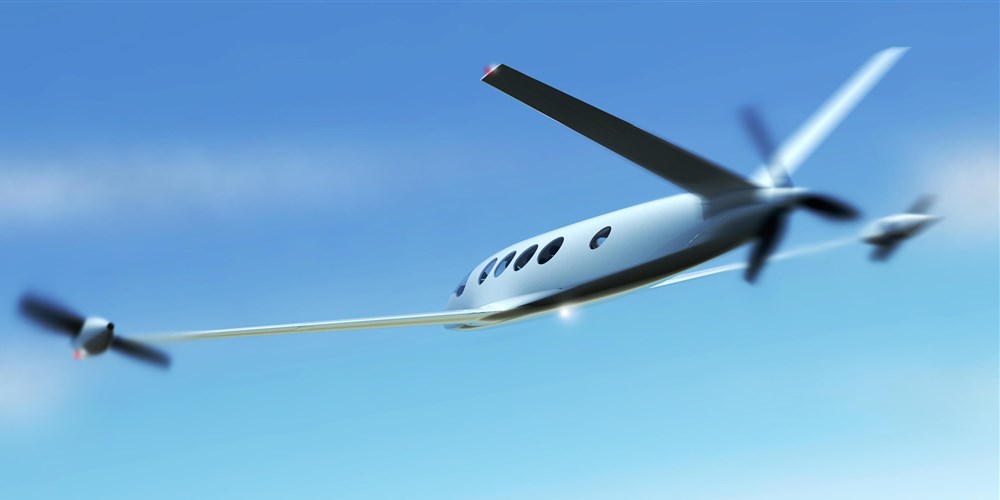 Hybrid and electric cars have slowly become more and more mainstream, and it’s been estimated that by 2040, electric cars will make up over half of all new car sales.

A big part of the push toward electric and hybrid vehicles is the falling costs of lithium batteries. As a result, more and more companies are backing projects to put electric and zero-emission commercial planes in the air as soon as the early 2020s.

Now, according to a new NBC News report, electric planes could offer a quieter and more comfortable flight while emitting less pollution.

According to the Environmental Protection Agency (EPA), aircrafts account for 12 percent of all transportation carbon emissions and 3 percent of the United States’ entire annual greenhouse gas emissions.

While they may not replace major jet airliners for long transatlantic flights, electric “air taxis” could be the best option for short trips.

“They’ll be much quieter for passengers and people who live near airports, and their computer-controlled, electrically driven propellers will make for smoother, more comfortable flights,” reports NBC MACH journalist Tom Metcalfe.

Electric planes could also be much cheaper than traditional flights because of the high cost of jet fuel. They’ll be cost effective, not only for passengers but for airline companies as well, as they have the capability of being remotely controlled in certain situations.

New startups and investments in electric planes have been popping up, with several companies working on designs and planes that could be in operation in the coming decade.

According to the NBC report, these new planes include a 19-seat hybrid commuter plane being developed Zunum Aero which is backed by Boeing. The company Airbus is also working on a small craft that could take flight by the 2020s and another 100 seat aircraft down the line.

In addition, the Israeli startup Eviation will have its first electric plane “Alice” in the air by 2021.

“We’re harvesting the same kind of beautiful stability that you see in a drone flight, controlling it roughly 400 times a second, in the cruise,” Eviation CEO Omer Bar-Yohay told NBC.

We might be a long way off from the Jetsons’ picture of the future complete with flying cars, but these hybrid and electric air taxis are an exciting new innovation with the potential to mitigate climate change and reduce our carbon footprints.