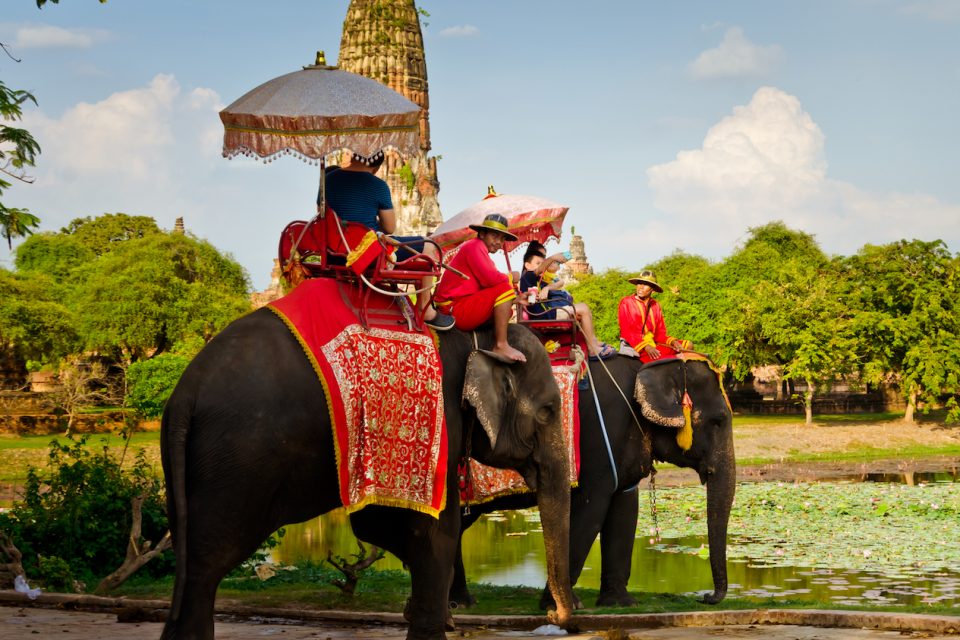 Recent instances of elephant injuries illustrate harms of tourism industry. Elephants have long been a source of human fascination and admiration. The species is vastly intelligent, social and emotional, capable of activities previously believed to be unattainable to non-humans such as grieving the dead. This love for elephants brings countless tourists to elephant attractions, allowing them the opportunity to interact with the species firsthand.

The attractions may look idyllic to star-struck visitors, but they are often darker than they seem. Two recent cases of elephant injuries at wildlife attractions provide a small glimpse into an industry rife with concerns over animal welfare.

A video taken in May shows a one-year old elephant, strapped to his mother by ropes, collapse from exhaustion while his mother gives rides to humans. The young elephant struggles to get up while laying on the concrete ground before finally getting to his feet and continuing the elephant ride.

In April, footage of a young skeletal elephant performing tricks at a Thai zoo went viral. The elephant appeared to be in distress as he mechanically performed tricks during a show. Although animal activists worked to have the elephant moved to a sanctuary, he developed an infection in his digestive tract before he could be relocated. The infection left him so weak that his legs snapped, slowly killing him over the course of days, the animal advocacy group Moving Animals told People.

Both the incidents occurred in Thailand, a country that has emerged as a hub for elephant tourism. The country has a complicated relationship with domestic elephants. Elephants were used in the logging industry until logging was banned in 1989. After the ban took place, 2,000 mahouts were left to care for captive elephants who they had no immediate use for. The tourism industry quickly came in to fill this void.

There are now an estimated 200 elephant parks in Thailand. Many of them market themselves as “sanctuaries” and “refuges” despite rampant inhumane practices.

As commonly seen in animal attractions, financial gain becomes a primary motivation, trumping the welfare of the stars of the show.

Elephant attractions routinely subject animals to cruel conditions such as abusive training practices, the use of chains and isolation from conspecifics. The attractions may also push the elephants to work long hours, interacting with up to 1,000 tourists a day.

For unknowing tourists, it may be difficult to spot an inhumane elephant attraction. Attraction operators may allow the elephants to roam while tourists are visiting, keeping the chains and small enclosures hidden from the public. Operators may also tell tourists about how they rescue and rehabilitate injured and orphaned elephants.

This deception allows tourists to both have their up-close encounter with elephants and leave feeling that they had a fulfilling and meaningful experience.

If any good can come from the recent incidents of elephant injuries, tourists can see a snapshot into the consequences of elephant exploitation in the tourism industry.

While the issue is not as simple as casting all elephant attractions as cruel, tourists should conduct thorough research before visiting any animal attraction to ensure they are not supporting animal cruelty. With elephant tourism, the line between ethical and exploitative is difficult to decipher.