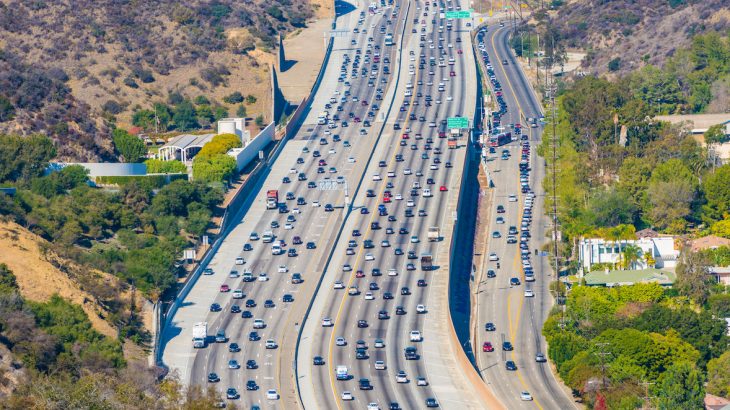 California continues to battle it out over environmental policies with the Trump administration, and the feud recently took an unexpected turn when the Environmental Protection Agency (EPA) accused the state of failing to properly address the issue of air pollution.

“California has failed to carry out its most basic responsibilities under the Clean Air Act, and as a result, millions of Californians live in areas that do not meet our nation’s air quality standards,” said EPA administrator Andrew Wheeler. “EPA stands ready to work with California to meet the Trump Administration’s goal of clean, healthy air for all Americans, and we hope the state will work with us in good faith.”

Wheeler claims the state is “failing to meet its obligations” to protect the environment, and even threatened to withdraw billions of dollars in transportation funding if satisfactory plans are not made to address air quality.

The criticism is perplexing, to say the least, given that it comes just after the federal government officially blocked California from setting tougher vehicle emissions standards. The state, however, surprised the EPA by forming a deal with four automakers to produce more fuel-efficient cars.

Air-polluted states are required by federal law to develop plans for improving air quality, but these plans must be approved by the EPA. The agency has accumulated hundreds of such proposals that are waiting for clearance, and around one-third of them were submitted by the state of California.

A letter sent to the California Air Resources Board claimed the state has failed to carry out its “most basic tasks under the Clean Air Act,” recommending that California completely withdraw its backlogged pollution plans.

According to Time Magazine, state regulators and even former EPA officials were puzzled – considering that the backlog only exists because the federal government has not approved the plans.

“It makes no sense,” said Gay MacGregor, a former senior policy adviser for the EPA Office of Transportation and Air Quality. “What they are doing today is basically punishing California for EPA’s own inaction.”

Governor Gavin Newsom referred to Wheeler’s letter a brazen political stunt.”The White House has no interest in helping California comply with the Clean Air Act to improve the health and well-being of Californians. This letter is a threat of pure retaliation,” said Newsom, who joined forces with 22 other states to sue the Trump administration over vehicle emissions standards.

California has 35 million registered cars and trucks that make a major contribution to the state’s air quality issues. In addition, two of the world’s largest ports are located in Southern California. Richard Corey, the executive officer of the California Air Resources Board, pointed out that only the federal government can regulate the emissions from the trains, planes, ships, and heavy-duty trucks that frequent these ports.

“I just think it’s so ironic that the EPA is chastising California, which has been so progressive in working towards cleaner air, more than any other place in the country,” former EPA official Janet McCabe told NPR. She added that it is unusual for the EPA to publicly criticize a state in this way instead of cooperating in private.