Erosion of steep mountains may be adding CO2 to our atmosphere • Earth.com 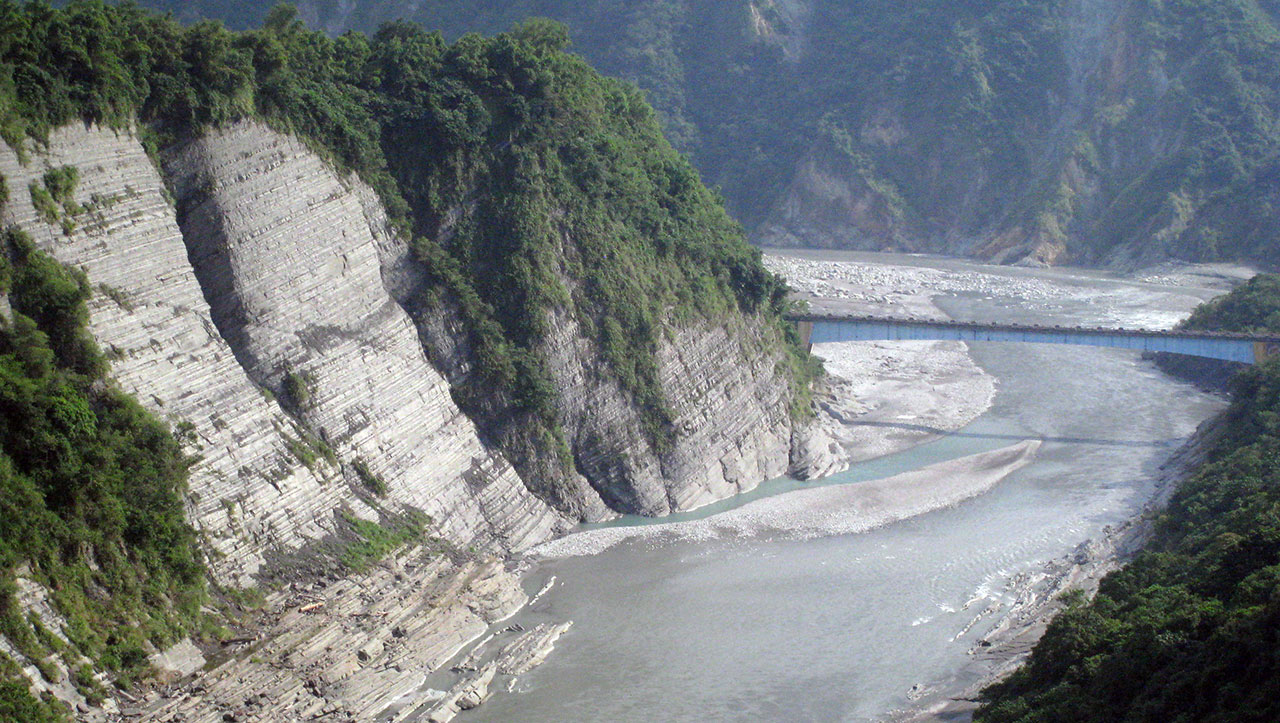 Erosion of steep mountains may be adding CO2 to our atmosphere

It’s been well-established that steep mountain ranges can draw carbon dioxide (CO2) out of the atmosphere. This is because erosion of the mountain exposes new rock, initiating a chemical reaction between the CO2 in the air and the minerals on the mountain face, weathering the rock and using CO2 to produce carbonate minerals such as calcite. But a new study published in the journal Science has flipped this idea around.

Researchers from the Woods Hole Oceanographic Institution (WHOI) have found that the erosion process can also be a source of new CO2 gas, releasing it back to the atmosphere at a much higher rate than newly exposed rock can absorb it.

“This goes against a long-standing hypothesis that more mountains mean more erosion and weathering, which means an added reduction of CO2,” says Jordon Hemingway, a postdoctoral fellow at Harvard University and lead author of the paper. “It turns out it’s much more complicated than that.”

The research team studied the central range in Taiwan, one of the most erosion-heavy mountain chains in the world. The steep mountain range is exposed to more than three significant typhoons every year, which erode the soil and rock through powerful winds and rain. They analyzed samples of soil, bedrock, and river sediments from these mountains, looking for signs of organic carbon in the rock. Their ensuing discovery was quite the shock.

“At the very bottom of the soil profile, you have basically unweathered rock,” explains Hemingway. “As soon as you hit the base of the soil, layer, though, you see rock that’s loose but not yet fully broken down, and at this point the organic carbon present in the bedrock seems to disappear entirely.” Around this point in the soil, the researchers also found an increased presence of lipids known to come from bacteria. The extra CO2 is actually a byproduct of microbes in the soil that “eat” ancient sources of organic carbon that are trapped in the rock. As the microbes metabolize these minerals, they release CO2.

The researchers don’t yet know exactly which bacteria are responsible for this action, but they note that determining this will be the “next step” in their research. They also note that the total level of CO2 released by the microbes isn’t significant enough to cause any immediate impact on climate change. These processes only have an impact on geological time scales. But this research may lead to a better understanding of how the lithospheric – or mountain-based – carbon cycles work. This in turn could help scientists determine how CO2 has been regulated since the Earth was first formed.

“Looking backwards, we’re most interested in how these processes managed to keep the levels of CO2 in the atmosphere more or less stable over millions of years. It allowed Earth to have the climate and conditions it’s had – one that has promoted the development of complex life forms,” says Hemingway. “Throughout our Earth’s history, CO2 has wobbled over time, but has remained in that stable zone. This is just an update of the mechanism of geological processes that allows that to happen.”