Exercise and obesity have opposing effects on the body • Earth.com 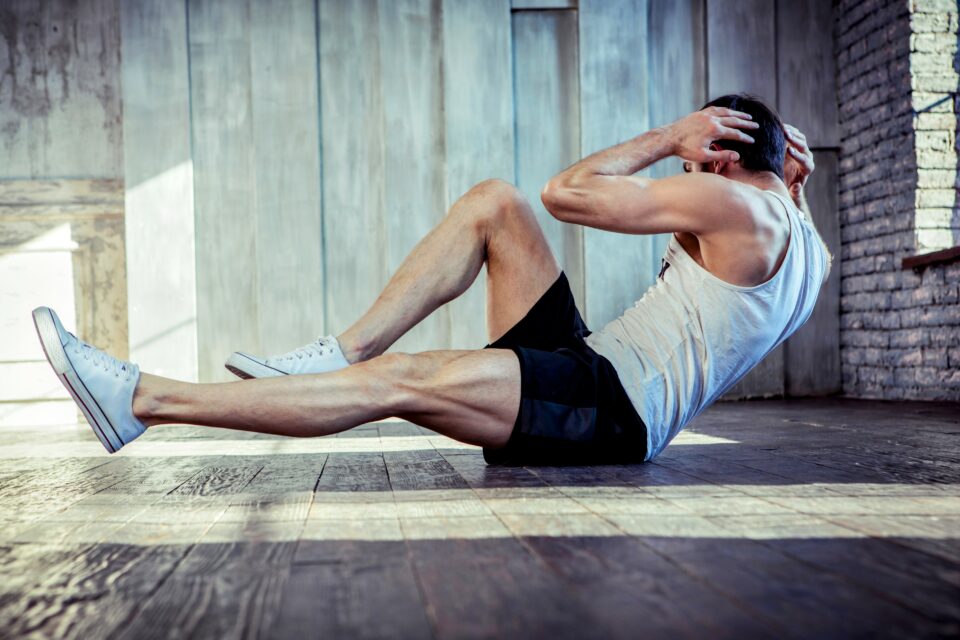 According the Centers of Disease Control and Prevention, obesity rates have skyrocketed in the United States in recent years and this is becoming a growing health problem. More than 40 percent of the U.S. population is considered obese, and nearly 75 percent is overweight. Individuals who are obese or overweight have an increased risk of developing many different diseases, including heart disease, cancer, Alzheimer’s disease, and even infectious diseases such as Covid-19.

Apart from controlling diet and calorie intake, exercise is recognized as a means of assisting people to lose weight or to maintain a healthy body weight. During exercise, the body’s metabolic rate increases, which means that more calories are used up each day. However, the exact cellular mechanisms and biochemical pathways that underlie enhanced weight loss due to exercising have been difficult to identify because so many cells and tissues are involved.

In a new study by researchers from MIT and Harvard Medical School, mice have been used to test the effects of exercising, and being on a high-fat diet, on the cells, genes and cellular pathways in the body. In this way the researchers hoped to identify genes that are switched on or off in various types of cells as a result of exposure to exercise or to a high-fat diet.

“It is extremely important to understand the molecular mechanisms that are drivers of the beneficial effects of exercise and the detrimental effects of a high-fat diet, so that we can understand how we can intervene, and develop drugs that mimic the impact of exercise across multiple tissues,” says Manolis Kellis, a professor of computer science in MIT’s Computer Science and Artificial Intelligence Laboratory (CSAIL) and a member of the Broad Institute of MIT and Harvard.

In previous research, his lab conducted a study on the FTO gene region, which has been strongly linked to obesity risk. In that 2015 study, the research team found that genes in this region control a pathway that determines whether immature fat cells – called progenitor adipocytes – mature into fat-burning cells or fat-storing cells.

That finding, which demonstrated a clear genetic component to obesity, motivated Kellis to begin looking at how exercise might act on progenitor adipocytes at the cellular level. Kellis and his colleagues decided to perform single-cell RNA sequencing on cells of three types of tissue – skeletal muscle, visceral white adipose tissue (found packed around internal organs, where it stores fat), and subcutaneous white adipose tissue (which is found under the skin and primarily metabolizes fat). By doing this, they aimed to identify which genes are activated or suppressed as a result of exercise.

The researchers conducted these studies in four groups of experimental mice. Two groups were fed a normal diet, and the other two a high-fat diet. After three weeks on their respective diets, one group from each dietary regime was given access to a treadmill for exercise while the other was kept confined. After a further three weeks, the researchers used single-cell RNA sequencing to catalogue the genetic responses to these different dietary and exercise regimens in 53 types of cells found in the three mouse tissues – skeletal muscle and two types of fatty tissue.

“One of the general points that we found in our study, which is overwhelmingly clear, is how high-fat diets push all of these cells and systems in one way, and exercise seems to be pushing them nearly all in the opposite way,” Kellis says. “It says that exercise can really have a major effect throughout the body.”

The researchers found that in all three tissue types, mesenchymal stem cells (MSCs) appeared to control many of the diet and exercise-induced effects that they observed. MSCs are stem cells that can differentiate into other cell types, including fat cells. In adipose tissue, the researchers found that a high-fat diet modulated the MSCs’ capacity to differentiate into fat-storing cells, while exercise reversed this effect.

The experimental results, published in the journal Cell Metabolism, show that, in addition to promoting fat storage, a high-fat diet also stimulates MSCs to secrete factors that remodel the extracellular matrix (ECM) – a network of proteins and other molecules that surround and support cells and tissues in the body. This ECM remodeling helps provide structure for the enlarged fat-storing cells and also creates a more inflammatory environment.

“As the adipocytes become overloaded with lipids, there’s an extreme amount of stress, and that causes low-grade inflammation, which is systemic and preserved for a long time,” Kellis says. “That is one of the factors that is contributing to many of the adverse effects of obesity.”

The researchers also found that high-fat diets and exercise had opposing effects on cellular pathways that control circadian rhythms – our innate 24-hour cycles that govern patterns of sleep, body temperature, blood pressure, hormone release, and digestion. The study revealed that exercise boosts the expression of genes that regulate these rhythms, while a high-fat diet suppresses those genes.

“There have been a lot of studies showing that when you eat during the day is extremely important in how you absorb the calories,” Kellis says. “The circadian rhythm connection is a very important one, and shows how obesity and exercise are in fact directly impacting that circadian rhythm in peripheral organs, which could act systemically on distal clocks and regulate stem cell functions and immunity.”

When the researchers compared their findings to a database of human genes that have been linked with metabolic traits, they found that two of the circadian rhythm genes they had identified in this study, known as DBP and CDKN1A, have genetic variants associated with a higher risk of obesity in humans.

“These results help us see the translational values of these targets, and how we could potentially target specific biological processes in specific cell types,” says Jiekun Yang, a research scientist in MIT CSAIL.

The researchers are now analyzing cells from other mouse tissues, including the small intestine, liver, and brain, to explore the effects of exercise and high-fat diets on the genes in those cells. They are also conducting work with human volunteers to sample blood and biopsies, and study similarities and differences between human and mouse physiology. They hope that their findings will help guide drug developers in designing drugs that might mimic some of the beneficial effects of exercise.

“The message for everyone should be, eat a healthy diet and exercise if possible,” Kellis says. “For those for whom this is not possible, due to low access to healthy foods, or due to disabilities or other factors that prevent exercise, or simply lack of time to have a healthy diet or a healthy lifestyle, what this study says is that we now have a better handle on the pathways, the specific genes, and the specific molecular and cellular processes that we should be manipulating therapeutically.”