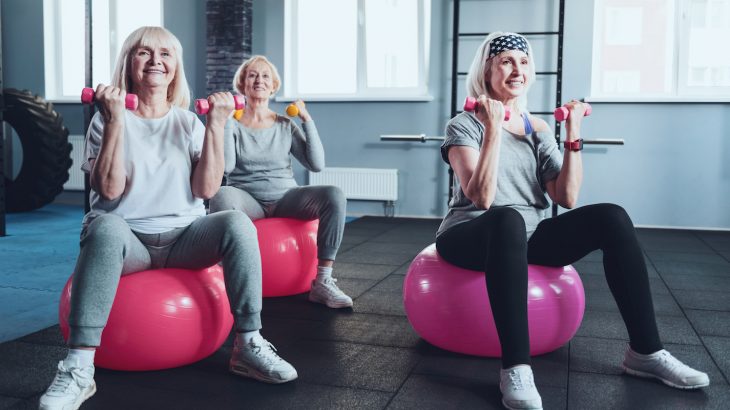 Exercise can help lower blood pressure as effectively as medication

High blood pressure, often called “the silent killer,” is especially dangerous because many people may not have any symptoms indicating a problem, according to the American Heart Association.

High blood pressure, also known as hypertension, has become increasingly common, and the number of prescriptions for blood pressure medication has also risen drastically in many parts of the world.

In England, for example, the number of adults given blood pressure medication rose by 50 percent between 2006 and 2016.

But now, a new study has found that exercise may be just as effective as blood pressure medication in lowering high blood pressure, although there are limitations to the study’s conclusions.

The study was led by researchers from the London School of Economics and Political Science who are quick to caution that the results, published in the British Journal of Sports Medicine, do not mean patients should stop taking blood pressure medication.

Instead, people with high blood pressure may want to increase their physical activity given the many proven benefits of exercise beyond lowering blood pressure.

To date, there have been no direct comparative trials that look at the impacts of exercise versus blood pressure medication in lowering high blood pressure, although it’s been shown that exercise can reduce systolic blood pressure.

Next, the team organized exercises into several categories which were endurance, high-intensity interval training, dynamic resistance, isometric resistance and a combination of endurance and resistance training.

The researchers conducted three sets of analyses to compare the trials. One analysis compared all categories of exercise to all the different classes of blood pressure medication.

Another analysis focused on different types of exercise and various drugs. The third analysis examined how intensity levels of exercise compared to varying doses of medication in lowering blood pressure.

The researchers repeated the analyses using exercise trials that only had participants with high blood pressure.

“We don’t think, on the basis of our study, that patients should stop taking their antihypertensive medications,” said Huseyin Naci, the lead author of the study. “But we hope that our findings will inform evidence based discussions between clinicians and their patients.”