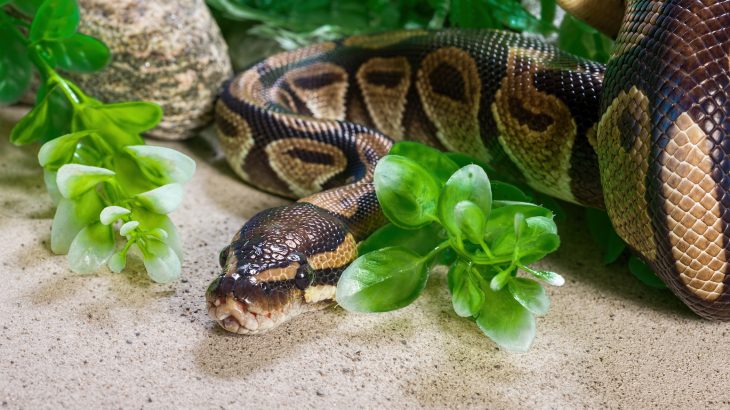 Exotic pets can be found in homes throughout the world. Unlike cats and dogs, these pets are not domesticated and are often difficult to care for, resulting in some owners releasing them into the wild. But not only does this practice threaten the survival of the animal, but the surrounding ecosystem as well.

In the United States, fish are the most common pet, followed by cats and dogs. Americans own 158.1 million fresh and saltwater fish, according to the American Pet Products Association’s 2017-2018 National Pet Owners Survey. Other popular pets include birds and reptiles. While some of these pets may be indigenous to the area they are living in, exotic animals such as parrots and green iguanas are popular among pet owners.

Exotic pets have complex needs and can quickly become overwhelming for pet owners to care for. Many bird species are highly social, using an array of vocalizations to communicate, and need extensive stimulation to prevent stress. Green iguanas can become aggressive and bite and whip their tails at owners.

Pet owners trying to relinquish their exotic pet may have few options. While some rescue groups focus on exotic species, these under-resourced groups are inundated with requests to take people’s pets. Out of frustration, or the mistaken belief that the animals should be returned to the wild, exotic pets are often released outside by their owners. This practice is subject to varying laws and may be illegal depending on the state where it is done.

Many of the animals quickly die in an environment far removed from their native habitat. But others thrive living in an area with no natural predators.

In the wild, released pets compete with native species for resources such as food, habitat and nesting sites. Predator species may also prey on native animals.

Green iguanas were first reported outside of captivity in Miami, Florida in the 1960s, according to the Texas Invasive Species Institute. The species has since spread to the Everglades, Hawaii, Texas and Puerto Rico.

Iguanas are now considered a pest in these areas and cause considerable damage to the local ecosystems. Iguanas invade the nesting sites for leatherback turtles by digging burrows that risk destroying the turtles’ eggs. Iguanas have also eaten all of the host plants the Miami blue butterfly uses to lay their eggs, preventing the species from recolonizing in the Florida Keys.

Even seemingly harmless pets can wreak havoc once released. Goldfish are one of the most common and well-recognized of the ornamental fish. The animal is also commonly disposed of by either releasing the fish directly into a waterway or by flushing it down the toilet.

A photograph showing a 14-inch goldfish found in the wild went viral this month. Buffalo Niagara Waterkeeper, who posted the photograph on Facebook, warns pet owners not to flush their fish down the toilet as some individuals can make it into the wild. Once there, they can destroy the habitat by spreading parasites and monopolizing resources. Scientists estimate that tens of millions of goldfish now live in the Great Lakes, according to the social media post.

The exotic pet trade continues to grow and researchers warn that little focus has been placed on the ecological effects of exotic pet invasions. Without proper education to pet owners, the invasive pet problem is likely to spread.