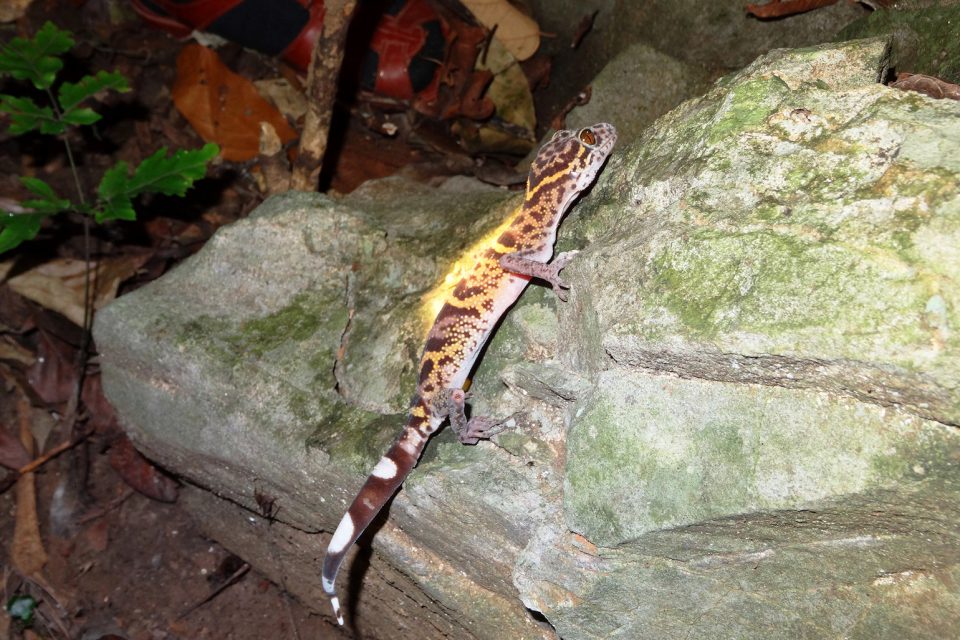 Exotic pet trade may send the tiger gecko into extinction

Tiger geckos, a genus of 19 gecko species native to Vietnam, China, and Japan, are at risk of extinction, mainly due to being sold in the exotic pet trade.

Despite their declining numbers, very little is known about the tiger gecko’s conservation status and few protections if any exist to prevent them from being sold as pets.

In a new study, researchers from Germany and Vietnam assessed tiger gecko populations, some from species that have never before been monitored, and tracked geckos as they were collected and sold both locally and internationally.

The study, published in the journal Nature Conservation, provides an overview of the tiger geckos and how trade threatens populations and could soon lead to their extinction.

The results call for immediate management and protection to conserve the species. Currently, only eight species of tiger gecko are listed as Vulnerable, Endangered, or Critically Endangered by the International Union for Conservation of Nature Red List (IUCN Red List).

“Tiger geckos are neither sufficiently protected by law nor part of conservation programmes, due to the lack of substantial knowledge on the species conservation status and probably due to the general lack of public as well as political interest in biodiversity conservation,” the researchers said. “To date, exact impacts of trade on the species cannot be identified, as data of legal trade are only recorded for species listed in the CITES Appendices.”

The researchers surveyed five tiger gecko species in Vietnam and made a note of local traders that had captured or bought wild tiger geckos. Tiger geckos congregate in small populations and are often isolated to just one area where they were initially found.

For example, the Cat Ba Tiger Gecko is only found on Cat Ba Island and a few islands in Ha Long Bay in Vietnam, and there are only around 120 individuals left in the species.

The five species of gecko were found in local pet shops but also in markets in the United States, Europe, and Japan. Sometimes, the researchers found advertisements for the animals on Facebook.

The researchers say that all tiger gecko species need to be included in the Convention on International Trade in Endangered Species of Wild Fauna and Flora (CITES) to help monitor populations and limit trade.

The researchers also recommend an official assessment of each tiger gecko species for the IUCN Red List and that breeding programs need to be introduced to help boost populations.