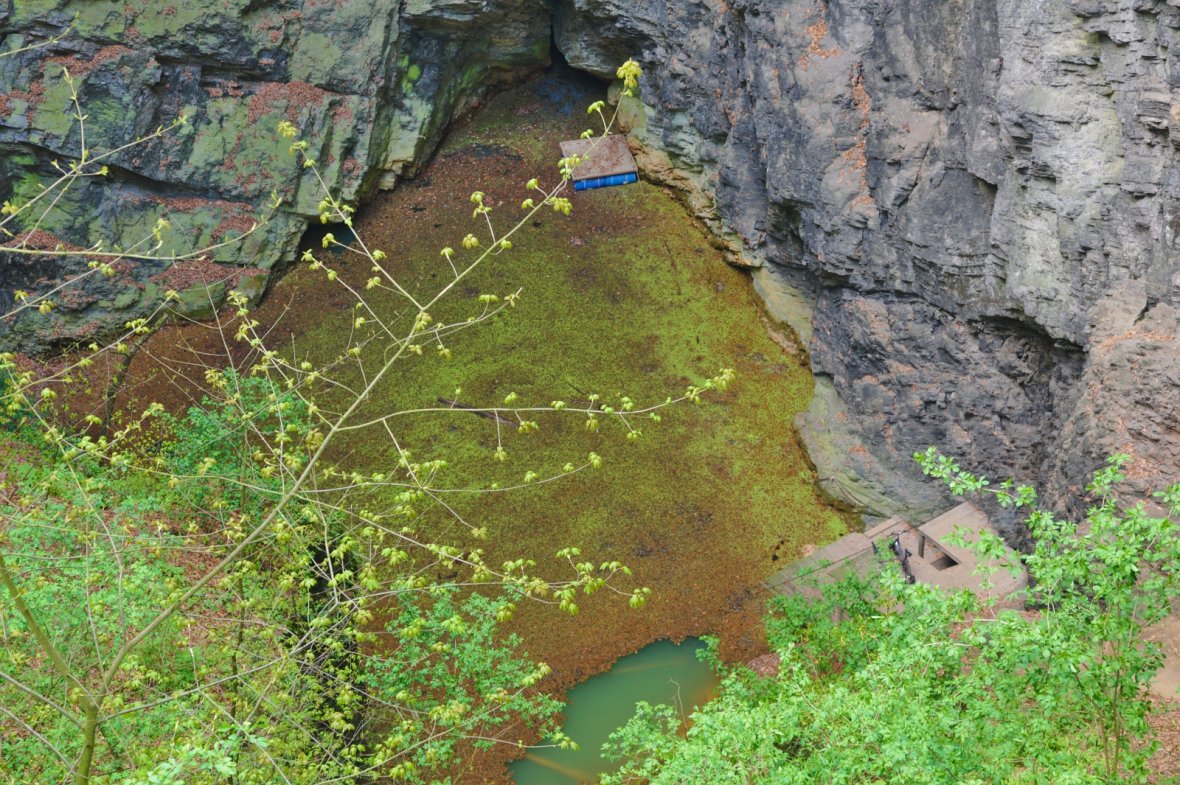 A team of explorers say they have revealed an underwater cave to be the world’s deepest, at 404 meters (1,325 feet) down, near the eastern Czech town of Hranice.

Polish explorer Krzysztof Starnawski, who led the team, told The Associated Press Friday he felt like a “Columbus of the 21th century” to have made the discovery.

Starnawski, 48, determined Tuesday that the flooded limestone Hranicka Propast, or Hranice Abyss, which divers have explored for decades, was at least 404 meters deep. He scuba dived to a narrow slot at 200 meters’ depth and let through a remotely operated underwater robot, or ROV, that went to the depth of 404 meters, or the length of its cord, but still did not seem to hit the bottom.

In 2015, Starnawski himself passed through the slot and went to 265 meters’ depth without reaching the cave’s bottom. After diving that far down, Starnawski had to spend over six hours in a decompression chamber. To explore the cave further, he needed a robot.

The Czech Speleological Society said it thinks the cave is even deeper and will yield additional records.

On Tuesday, when the robot was 404 meters deep, “it was as deep as its rope could go, but the bottom was still nowhere in sight,” the society said in a statement.

Diving in the cave is a challenge because of muddy areas and a water temperature of 15 degrees Celsius (59 degrees Fahrenheit.) The water’s mineral composition also damages equipment and hurts any exposed skin, Starnawski said.

“But that is the only price to be paid for this discovery, and it was worth paying,” he said.

On Saturday, he plans to dive to 200 meters again to bring the robot back through the narrow passage. The device was made especially for the expedition and operated by a Polish firm, GRALmarine.

He said National Geographic, which first reported the discovery , covered some of the expedition’s cost.

This story has been corrected to show that the water temperature in the cave is 15 degrees Celsius, not 7 degrees.