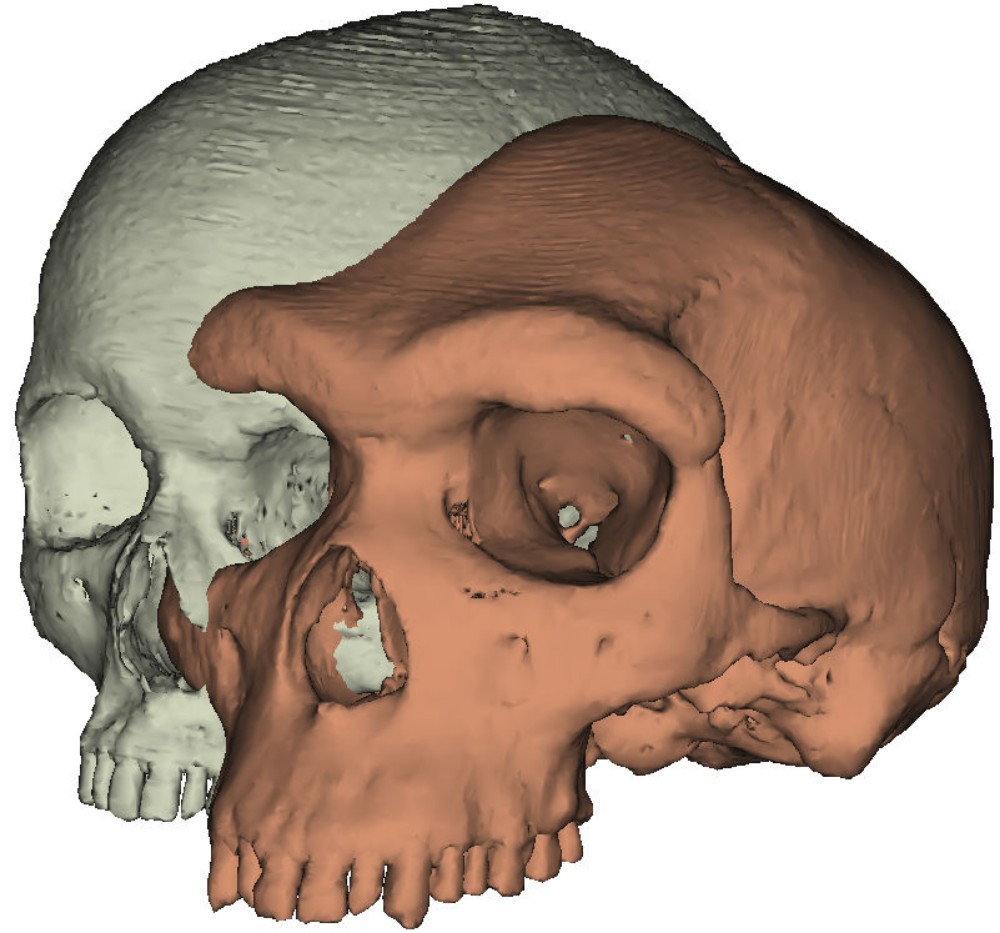 Looking to be a better communicator? It’s all in those expressive eyebrows, a new study suggests.

Researchers set out to test several theories about why hominins evolved a brow ridge, and why it shrunk in the only surviving hominid species – us.

The scientists, led by anatomy professor Dr. Paul O’Higgins of the University of York, created 3D models used a skull known as Kabwe 1. The skull is from the extinct specials Homo heidelbergensis, which lived in Europe, Africa and Asia between 200,000 and 600,000 years ago. Modern humans – aka Homo sapiens – and our Neanderthal and Denisovan cousins are all believed to have evolved from H. heidelbergensis.

The researchers quickly shot down two of the theories. The 3D models showed that they were not needed to make up for the species’ flatter brain cases, nor did they help stabilize the force caused by chewing food.

“Since the shape of the brow ridge is not driven by spatial and mechanical requirements alone, and other explanations for brow ridges such as keeping sweat or hair out of eyes have already been discounted, we suggest a plausible contributing explanation can be found in social communication,” O’Higgins said in a press release.

The scientists looked at other species that have evolved physical features with no apparent physical need, such as the colorful swellings on the faces of mandrills. They wondered if the ancestors of humanity evolved brow ridges as a display of dominance, and changing needs led to changing brow sizes.

In short, as human anatomy evolved, faces began to become smaller due to changes in food. As human faces shrunk, they also flattened and allowed for more brow mobility, giving H. sapiens the expressive eyebrows we enjoy today.

Those eyebrows may have helped them evolve strong social networks, allowing our immediate ancestors to survive in harsh climates and situations that cut down the populations of our Neanderthal and Denisovan relatives.

“Sexually dimorphic display and social signalling is a convincing explanation for the jutting brows of our ancestors. Their conversion to a more vertical brow in modern humans allowed for the display of friendlier emotions which helped form social bonds between individuals,” O’Higgins said.

University of York archaeologist and study co-author Dr. Penny Spikins said the new theory could help account for why H. sapiens is the last surviving species of human, thriving in extreme conditions.

“Eyebrows are the missing part of the puzzle of how modern humans managed to get on so much better with each other than other now-extinct hominins,” she said.