Extinct marsupial lion was unlike any modern predator • Earth.com 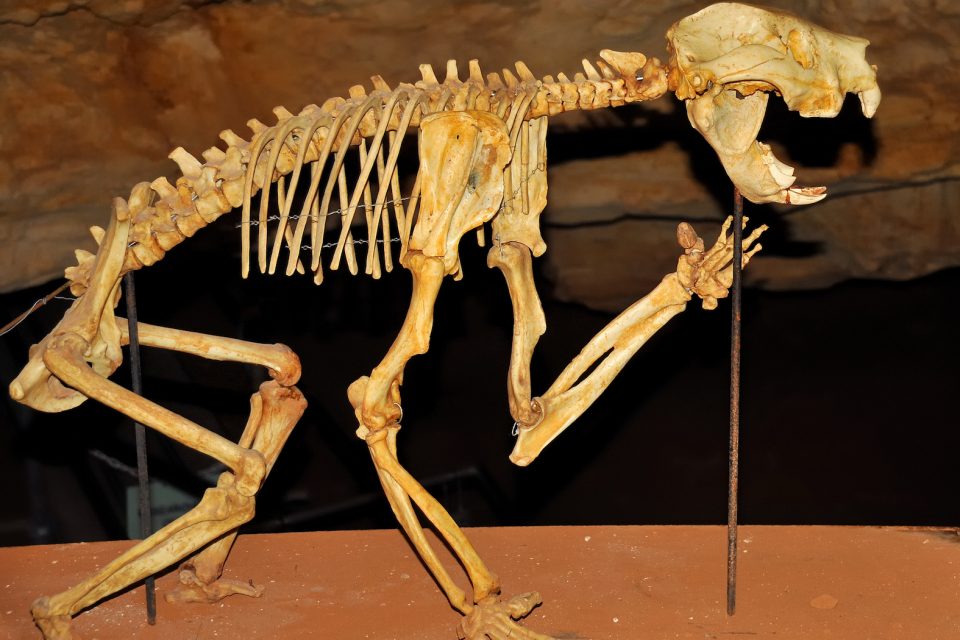 Extinct marsupial lion was unlike any modern predator

Australia’s extinct “marsupial lion,” or Thylacoleo carnifex, has intrigued palaeontologists for more than 150 years. A new reconstruction by experts at Flinders University has revealed that T. carnifex was capable of ripping through its prey with violent force.

Based on the creature’s jaw mechanics, it has been long assumed that T. carnifex was a carnivore. But now, an examination of the creature’s sharp incisors and other physical characteristics leaves no doubt that the lion was a terrorizing predator.

“A thrust with the honed puncturing tip of the paired lower incisors, against the resistance of the robust, buttressed mandibular fossa may have been employed to sever the spinal cord at the neck, sever tendons or cause massive trauma to a struggling prey during capture,” wrote the study authors. “The powerful forelimbs equipped with grasping hands and slashing first digit would amply serve to both to restrain a victim or a carcass.’

The research team, which was led by Rod Wells, carefully analyzed the ancient skeletons of T. carnifex to solve some of the mysteries surrounding the creature. A detailed reconstruction showed that the marsupial lion would have measured more than half a meter tall and about one meter in length, weighed around 100 kilograms, and carried its young in a pouch. 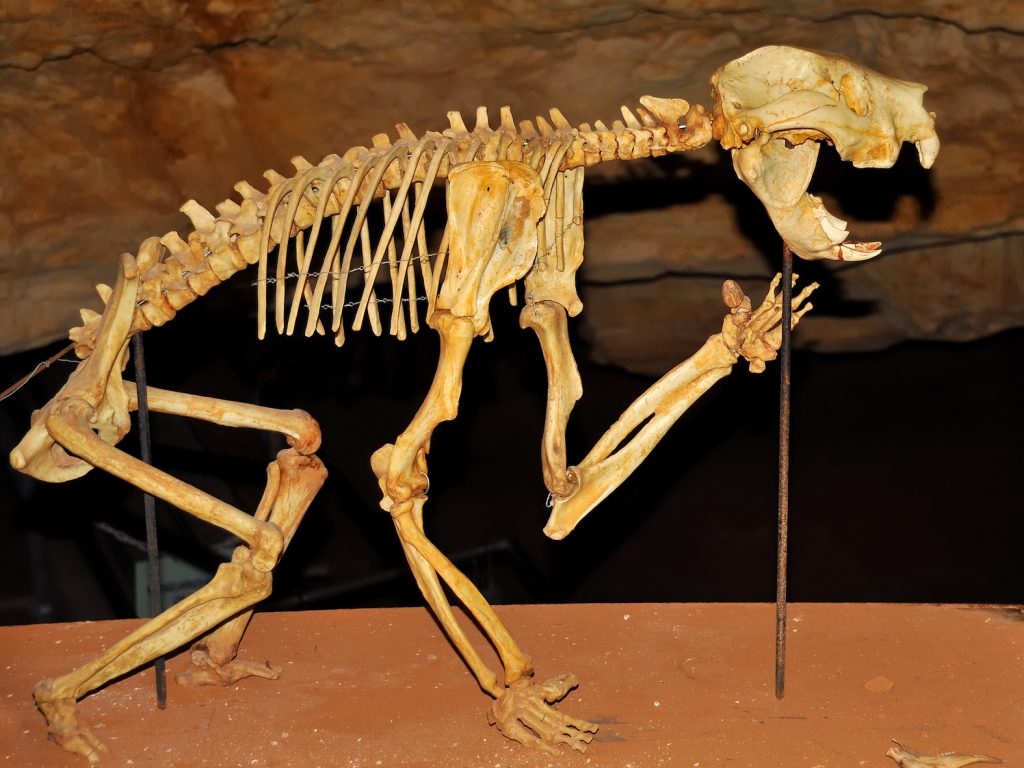 Skeleton of a Marsupial Lion

Comparisons show that T. carnifex was most similar in appearance to the Tasmanian devil, but was about ten times as large.  Patterns on the creature’s teeth suggest that it swallowed prey without chewing, using a force similar to that of an African lion.

According to the New Scientist, Wells explained that the predator’s stiff back hints that it was not equipped for chasing prey and likely procured its dinners by ambush hunting or scavenging. He also said that the marsupial lion’s forearms, strong collar bone, and large thumb claw suggest that it climbed like a koala.

“We think it could reach around a tree the way a koala does, dig that claw in and push up with its hind legs in a kind of hopping motion,” Wells told New Scientist. “It may have dragged its prey down into its cave dens or up trees to keep it away from other scavenger predators.”