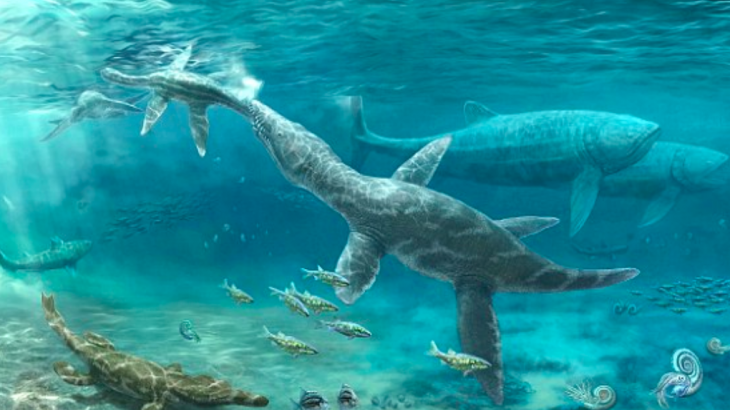 Deep ocean predators thrived during ancient climate change. A team of palaeontologists at the University of Edinburgh has discovered that marine predators living deep in the ocean during the Jurassic Period thrived in a time when global warming caused the sea levels to rise. On the other hand, marine species in the shallow waters did not adjust to the climate changes as well.

The study was focused on an analysis of the shape and size of teeth spanning over an 18 million-year period. During the time examined, a diverse group of reptiles lived in tropical waters stretching from present-day northern France to northern England.

Remarkably, the study findings show that the structure of the marine food web has remained largely the same over the last 150 million years.

The research also revealed that the fish species living in shallow waters, which had thin, piercing teeth, declined significantly. At the same time, larger fish in deeper ocean waters with broader teeth were found to thrive.

“Teeth are humble fossils, but they reveal a grand story of how sea reptiles evolved over millions of years as their environments changed,” said study co-author Dr.  Steve Brusatte.

“Changes in these Jurassic reptiles parallel changes in dolphins and other marine species that are occurring today as sea-levels rise, which speaks to how important fossils are for understanding our modern world.”

According to the experts, the warming ocean temperature could have changed the chemical composition of the water and increased nutrient levels and prey in deep waters.

The research provides insight into how the ocean’s top predators may potentially respond to pressures such as global warming and climate change today.

“Studying the evolution of these animals was a real – and rare – treat, and has offered a simple yet powerful explanation for why some species declined as others prospered,” said study lead author Davide Foffa.

“This work reminds us of the relevance of palaeontology by revealing the parallels between past and present-day ocean ecosystems.”
—
By Chrissy Sexton, Earth.com Staff Writer