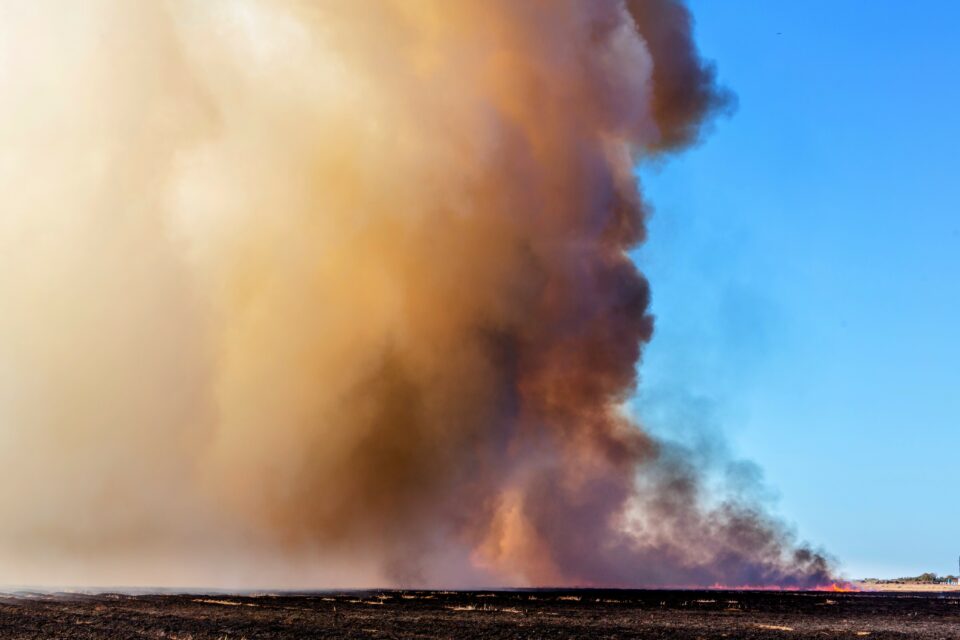 For hundreds of millions of years, large vertebrate herbivores inhabited most of the ecosystems on our planet. But during the late Quaternary period, particularly between 50,000 and 6,000 years ago, rapid extinctions of these megaherbivores occurred. This has left most continents depauperate in large grazing species today. In addition, other species, such as predators and parasites that were dependent on the ancient grazers, also suffered massive extinctions.

While the potential causes of these extensive megafaunal extinctions have been studied and debated, less attention has been given to the consequences for ecological interactions and ecosystem functioning.

In collaboration with the Utah Natural History Museum, Yale scientists have now conducted research into whether the extinctions of large herbivores, such as woolly mammoths, giant bisons, giant deer, rhinoceroses and ancient horses, were associated with a contemporaneous increase in fires in the world’s ecosystems. Their hypothesis was that the loss of these grazers would have resulted in a build-up of grass that could fuel such fires.

The researchers first gathered data on the large mammals that became extinct in the late Quaternary period across four continents, and their approximate dates of extinction. The information revealed that South America lost the most grazers (83% of all its recorded species), followed by North America (68%). These losses were significantly higher than in Australia (44%) and Africa (22%).

They then compared these findings with records of fire activity as revealed by the presence of charcoal deposits in lake sediments. Using sediments from 410 sites globally, which provided a historical record of regional fire activity across continents, they found that fire activity increased after the mega grazer extinctions.

“These extinctions led to a cascade of consequences,” said study co-author Allison Karp, a postdoctoral associate in the Department of Ecology & Evolutionary Biology at Yale University. “Studying these effects helps us understand how herbivores shape global ecology today.”

Interestingly, Karp and senior author Carla Staver, associate professor of ecology and evolutionary biology in Yale’s Faculty of Arts and Sciences, found that although many ancient browser species – such as mastodons, diprotodons, and giant sloths, which foraged on shrubs and trees in wooded areas – also went extinct during the same period, their losses had less impact on fires in woodland habitats.

By contrast, grassland ecosystems were altered forever by the loss of the mega grazers. Grasses tolerant of herbivore grazing pressure were wiped out by the more frequent fires, and predator populations collapsed. Certain fruit-bearing trees, that were dependent on the herbivores for seed dispersal, also became extinct. New species of grass became established and new grazers, including domestic livestock, eventually adapted to the transformed ecosystems.

The findings illustrate why scientists should consider the role of grazing livestock and wild grazers in fire mitigation and climate change, the authors said.

“This work really highlights how important grazers may be for shaping fire activity,” said Staver. “We need to pay close attention to these interactions if we want to predict the future [effects] of fires accurately.”